Easter Sunday terror attacks: All suspects have been arrested: PM 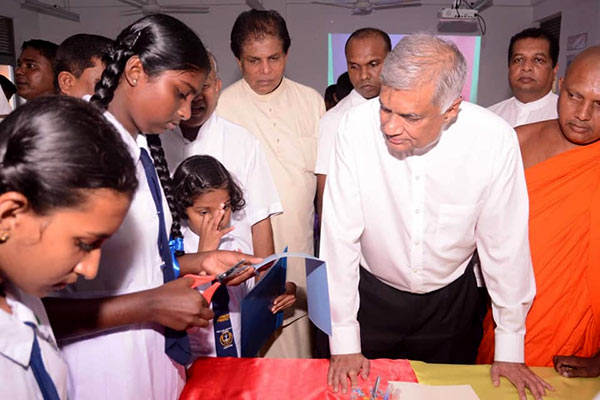 All the suspects responsible for the Easter Sunday bomb attacks have been arrested by the security forces, Prime Minister Ranil Wickremesinghe said.

Speaking after opening a new building of Mallika Navodya school and the distribution of Samurdhi benefits at Hiniduma yesterday, the Prime Minister said investigations will continue to find those who had associated with Zahran’s group.

Those who even had a cup of tea with members of Zahran group will be questioned by law enforcement authorities”, he said.

“The security forces will ask me why I revealed all this in public, but I will tell them that I came out with it to do justice to them. Many have questioned us as to what the government had done about the Easter Sunday attacks. Therefore, those who question should know what the security forces have already done,” he noted.

He said that he went to the Defence Ministry with some Ministers by 12 noon on April 21 and talked to the security heads. “I also conferred with President Maithripala Sirisena. I instructed the security forces to arrest those responsible for the attack. They were asked to bring before the law anybody linked to the attacks”.

The group behind the attacks was first arrested, while the others were taken into custody during the two months after the carnage. Even foreign diplomats in Colombo were amazed as to how the Sri Lankan security forces were able to round up the culprits so soon”, the premier further said.

“One foreign diplomat told me that it took one month for the security forces in his country to arrest an ISIS cadre after an attack”, Wickremesinghe added.

The Prime Minister stressed that it is important to prevent similar tragedies in the future. One must, therefore, not push innocent Muslims towards radicalization. It must be remembered that Muslims in the East provided a lot of vital information on the LTTE during the war. It was the Muslims who helped us to break off Karuna from the LTTE. Therefore, it will not be possible to ensure security of this country if Muslims are pushed towards radicalization,” he said.