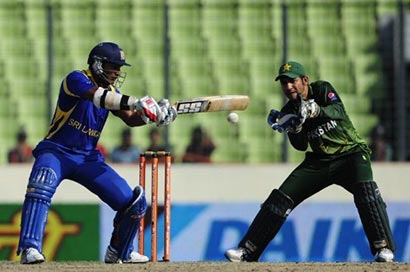 The Pakistanis will kick off the six-week tour with two Twenty20 matches in the southern port town of Hambantota on June 1 and June 3.

The first two one-day internationals will be played in Pallekele on June 7 and June 9, followed by the remaining three at the Premadasa stadium in Colombo on June 13, 16 and 18.

Pakistan last toured Sri Lanka in 2009 where they lost the Test series 2-0.

The two sides met in the United Arab Emirates last year where Pakistan won both the Test and one-day series and also clinched the lone Twenty20 international.

1 Response to Cricket: Pakistan to tour Sri Lanka next month