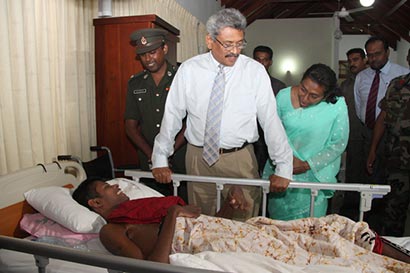 Mr. Gotabaya Rajapaksa, Secretary Defence and Urban Development paid a visit to the inmates at the Mihindu Seth Medura at Aththidiya yesterday. Secretary met with the service personnel currently receiving treatment at the healing center, while distributing gifts for the Sinhala and Hindu New Year in appreciation for their noble sacrifices to the country.

Mrs. Ioma Rajapaksa, Chairperson of the MOD Seva Vanitha Unit (SVU) and SVU deputy chairperson Mrs. Indu Rathnayake also accompanied the Secretary Defence at this event. Mr. Gotabaya Rajapaksa met each and every individual who were gravely restricted to beds concerning their health conditions and inquired into their matters and regarding the facilities being offered at the healing centre. 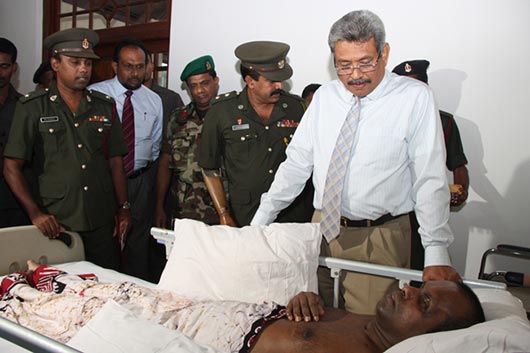 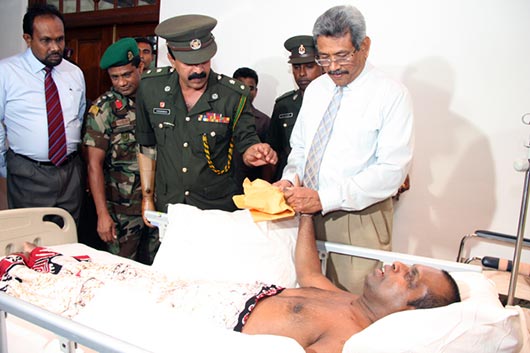 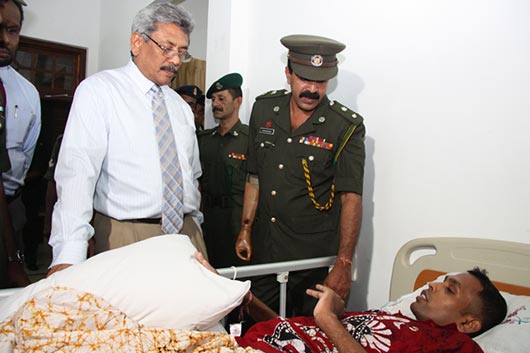 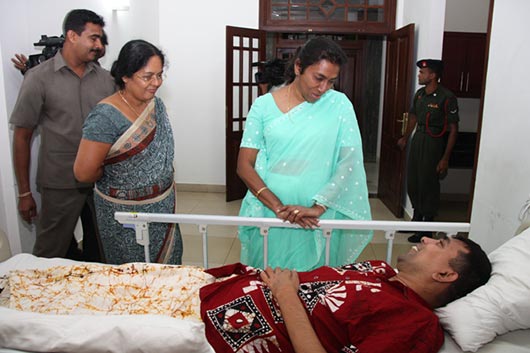 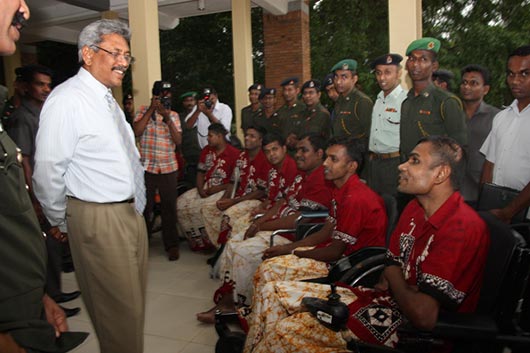 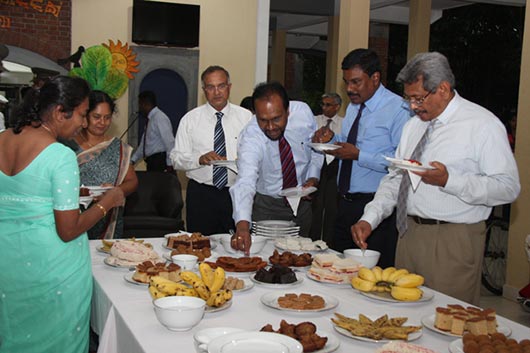 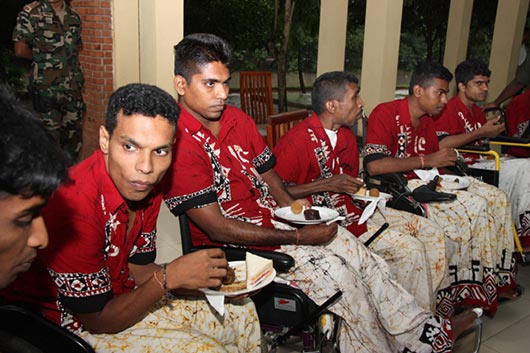