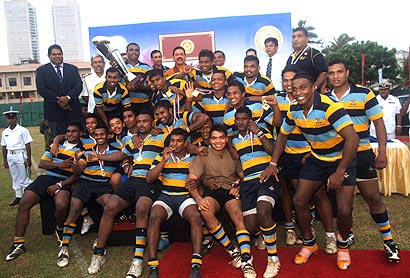 Defence Services thrashed SLRFU President’s team 39 to 10 to claim the trophy from President Rajapaksa. DS team was captained by Captain Meepage of the Sri Lanka Army.

Air Chief Marshal Roshan Goonetileke is the President for both DS team and SLRFU team. Best ruggerites were selected from all the prominent rugby teams in the island for the SLRFU combined team.Last year the President’s Trophy was snatched by DS team captained by Yoshitha Rajapaksa. C.B. Ratnayake, Minister of Sports was seen among the spectators. 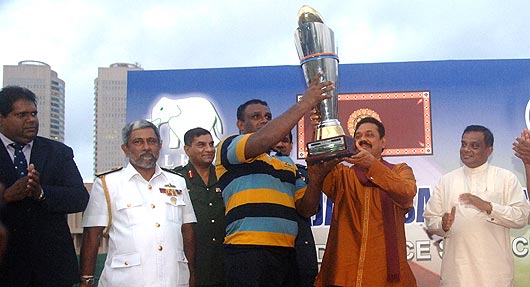 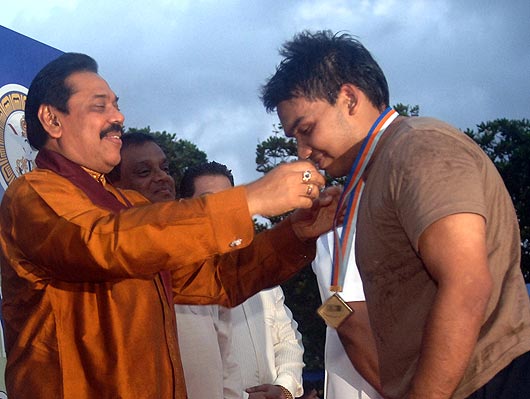