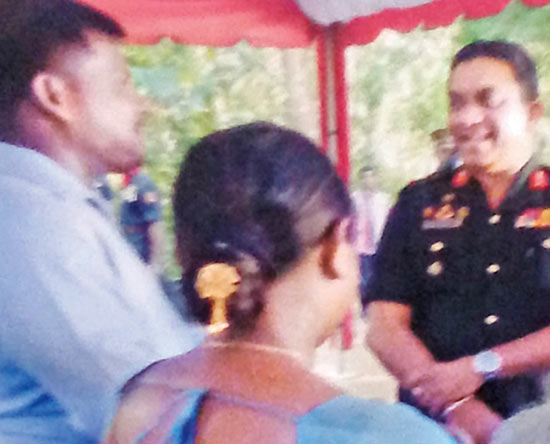 A Sri Lankan Tamil couple in Oman donates a house built at a cost of 10 lakhs (one million) to a disabled army soldier who lost his right leg to a land mine in Muhamale in Jaffna in 2006.

The recipient, Randika Chaturanga (32), is father of one child is a resident of Potupitiya in Wadduwa.

The house was handed over to the disabled soldier recently led by Jaffna Army Chief Major General Dharshana Hettiarachchi.

The Army Engineer Force provided 25 lakhs for the other requirements of the house, Major General Hettiarachchi said. Mohanshankar said they donated seven houses recently – three in the Northern Province and four in other areas of the country.

“This house was donated to mark my wife’s 46th birthday,” he said.