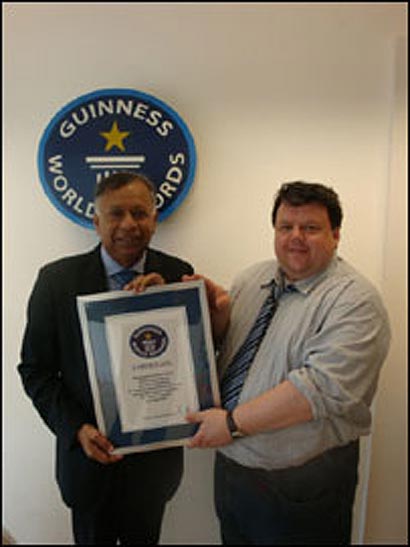 He received his certificate on Tuesday at the Guinness book of World Record LTD in London.

Guinness book of World Record awarding the certificate says “The longest – running medical advice programme on television hosted by Dr.Jayalath Jayawrdena has been regularly broadcast for 14 years 7 months as of April 2011”

‘Vaidaya Hamuwa’ is telecast every Thursday in TNL television channel.

Dr.Jawardena told Sandesaya that the programme, a medical guide has been well received by many Sri Lankans.