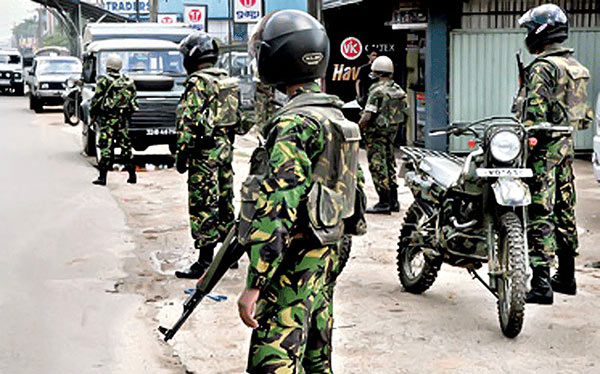 Drug kingpin Dadallage Manju alias D. Manju was killed during a shoot out with the Police Special Task Force (STF) personnel in Wattala a short while ago, the Police said.

The victim had opened fire at the STF officers when they searched suspicious vehicle in Hekitta, Wattala following a tip off.

According to Police, Manju was shot dead in return fire.

Two more suspects who were in the van have been taken into custody.

The body has been placed at the mortuary of the Ragama Hospital.