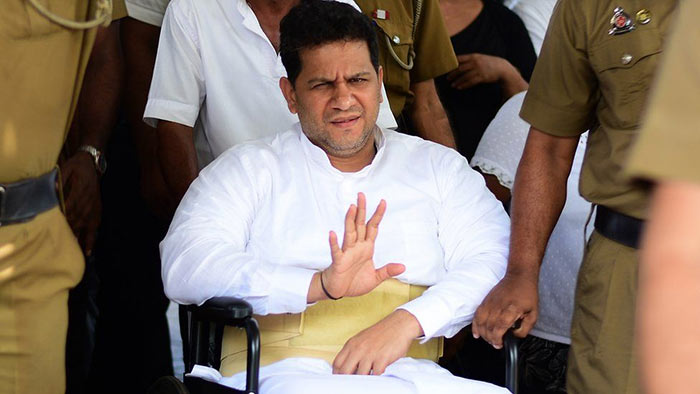 According to Hospital sources, several officers of the Criminal Investigation Department (CID) have been sent to the hospital to arrest him.

Yesterday (May 31) the Supreme Court issued an Interim Order directing the CID to place Duminda Silva under the custody of prisons with immediate effect.

The Attorney General was directed to assist the CID to implement this interim order while reporting to the court the progress of the implementation of the Interim Order.