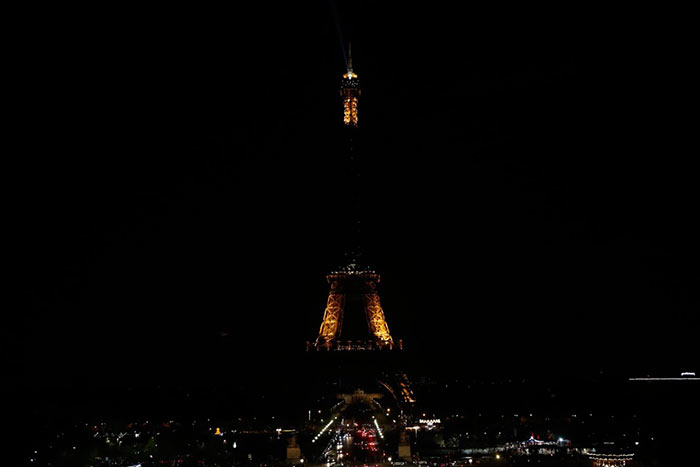 At the stroke of midnight in Paris, the Eiffel Tower went dark to honor the more than 200 people who died in the Sri Lanka bomb attacks.

It’s a move the operators of the iconic landmark often make in tribute to causes and calamities.

“Tonight, from 12:00 am, I will turn my lights off to pay tribute to the victims of the Sri Lanka attack,” a post on the tower’s Twitter account said.

On Easter Sunday morning in Sri Lanka, at least 207 people were killed and hundreds more wounded in a series of explosions set off by suicide bombers at three churches and four hotels.

The tower also went dark in May 2017, after an explosion at an Ariana Grande concert in Manchester, England, killed 22 people; in January 2015, to honor those who died in the attack on the satire magazine Charlie Hebdo; and in November 2015, in tribute to those who died in the terror attacks at six locations around Paris.