Elect Gotabaya based on his service as Defence Secretary – Mahinda Rajapaksa 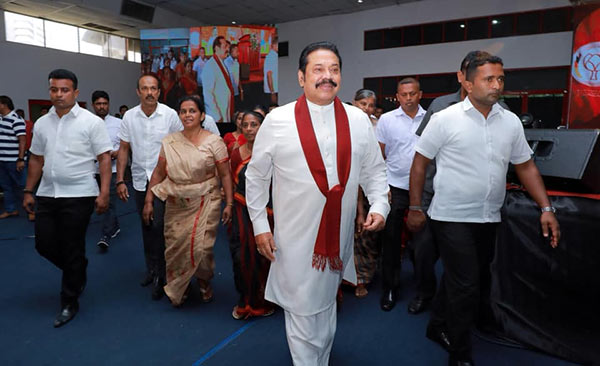 People should decide whether or not to elect Gotabaya Rajapaksa as President taking into account the service he rendered in his capacity as the former Defence Secretary, opposition leader Mahinda Rajapaksa said yesterday.

He said this while addressing a convention on tea and rubber smallholders and cultivators of minor export crops at the Sri Lanka Exhibition and Convention Centre (SLECC), held under the patronage of SLPP presidential hopeful Gotabaya Rajapaksa.

“Gotabaya Rajapaksa rendered yeoman service during his tenure as Defence Secretary. People can expect the same efficiency and effectiveness if he assumes the presidency,” he said.

Referring to President Maithripala Sirisena’s statement that the premier would override the powers of Executive President in the next regime, he said power hinged on one’s capability and that the incumbent government had no vision in policymaking.