Exclusive: Sri Lanka says has $300 million loan offer from Bank of China, may increase to $1 billion 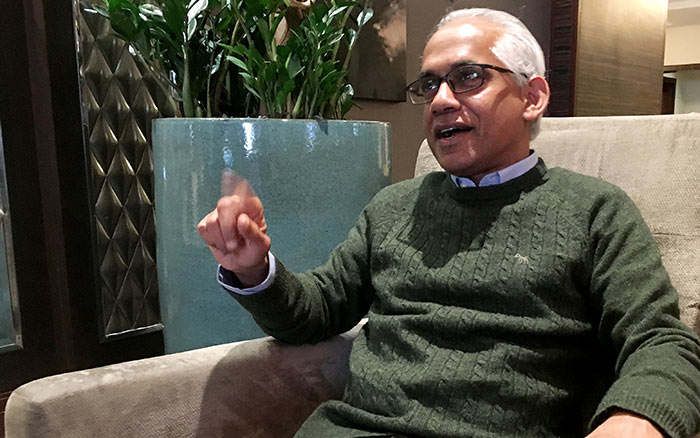 Sri Lanka is considering an offer from Bank of China (601988.SS) for a loan of $300 million, which could be raised to $1 billion, to help it meet repayments in coming months, junior finance minister Eran Wickramaratne told Reuters on Tuesday.

He also confirmed that Sri Lanka had started negotiations to increase the amount of a swap deal with India’s central bank to $1 billion, up from a previously negotiated $400 million.

A series of credit rating downgrades amid a political crisis have made it harder for Sri Lanka to borrow as it faces record high repayments of $5.9 billion this year, $2.6 billion of which fall due in the first three months.

“It’s extremely difficult to tap the international market due to tight conditions and rating downgrades,” said Wickramaratne, who is the state minister of finance.

“A government subcommittee will assess and negotiate on the tenure, size, and the price of this loan (with Bank of China). The cost of political crisis is high.”

Sri Lanka’s top court then ruled the dissolution of parliament illegal and Wickremesinghe was restored to power in December – but the seven-week-long crisis hurt the rupee and drove sovereign bond yields higher, straining state finances.

As of the end of 2018, nearly a quarter of Sri Lanka’s total foreign debt was owed to China, which has lent some $8 billion while building ports and highways and planning other major investments in the island state as part of its drive to build a 21st century ‘Silk Road’ across nations and shipping lanes.

Calls to the Bank of China in Colombo went unanswered.

A source with knowledge of the Bank of China offer told Reuters earlier on Tuesday that Sri Lanka’s cabinet had already asked Finance Minister Mangala Samaraweera to negotiate the loan, which has been offered at 6-month LIBOR plus 260 basis points. It has to be repaid within three years, the source said.

1 Response to Exclusive: Sri Lanka says has $300 million loan offer from Bank of China, may increase to $1 billion