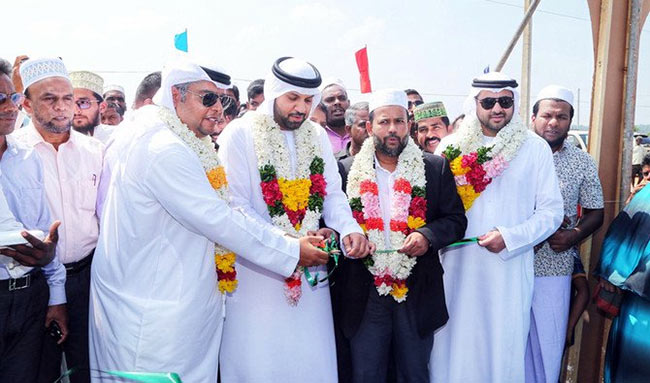 A total of 120 houses built in Sri Lanka with Emirati aid have been given to displaced families in the north.

Sri Lankan Industry and Commerce Minister Rishad Bathiudeen said there was a simple ceremony at the site for the handover of the new houses on Sunday.

He said the beneficiaries had abandoned their dwellings decades ago after Tamil rebels gave them 24 hours to vacate their native villages in the north.

“They fled for their lives without their belongings and came to Kalpitiya village in western Sri Lanka,” he told Arab News, adding that successive governments had failed to help them.

Bathiudeen said the UAE government responded to his appeal to find decent homes for the victims of violence.

“I’m really thankful to the UAE and the donor for their magnanimity in helping the displaced by giving them a new lease of life,” he said, adding that the total cost of the 120 houses and other facilities was SR40 million ($10.66 million).

Abdul Cader, one of those who received a house, said his family was displaced by Tamil rebels 15 years ago.

He thanked the UAE government and Bathiudeen for housing his family.