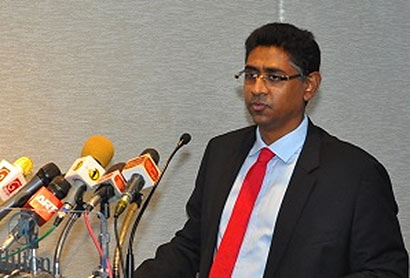 It is reported that the State Minister of Aviation Faizer Mustapha has left to Singapore by flight number UL 308 of SriLankan Airlines yesterday (1st) evening.

During the past few days media reported that he would resign from his ministerial portfolio while it is stated the reason for Mr. Mustapha to resign is handing over to Minister Arjuna Ranatunga a part of the subjects in Mr. Mustapha’s ministry.

However, Mr. Mustapha has not said anything regarding any  resignation before he left to Singapore but would resign from his post when he comes back say reports.

Mr. Mustapha, before he resigned from Mahinda Rajapaksa’s government left to Singapore and joined Mr. Maithripala Sirisena’s campaign immediately after he returned.