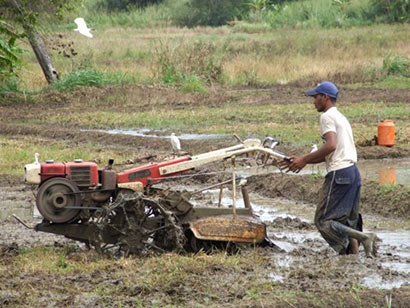 Farmers Pension Scheme that would reward the farmers in their old age for the sweat and energy shed by to feed the people of this country will be launched today by President Mahinda Rajapaksa.

1,500 farmer representatives from all districts will attend the relevant function which will be held at the Hambantota International Conference Hall.

The farmers pension scheme will be implemented in accordance with the proposal made by the President in the new budget.

The government has established a fund for this purpose and it will contribute Rs. 1,000 million each year for this fund.