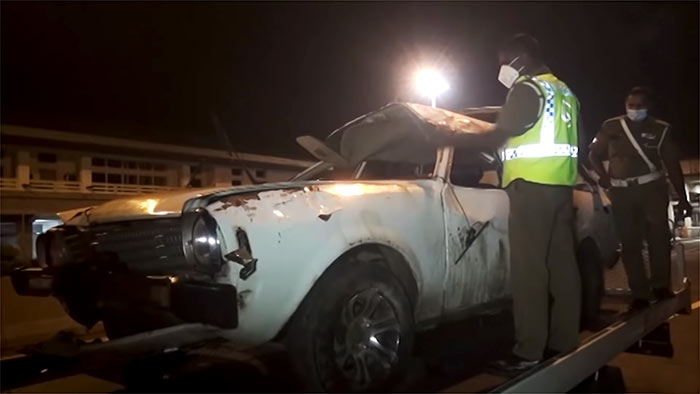 A 39-year-old father and his three-year-old daughter have died in a motor accident reported in Millaniya adjacent to the Galanigama Exit along the Southern Expressway at around 1:30 am this morning.

Police said that a car traveling from Matara towards Colombo had skidded off the expressway and collided against the railings near the 18km post in Milleniya.

A group returning from pilgrimage to Kataragama were reportedly traveling in the car when the accident occurred.

The mother and another daughter who sustained injuries have been admitted to Horana and Nagoda Hospitals.

Another relative who was in the vehicle at the time, was unharmed.