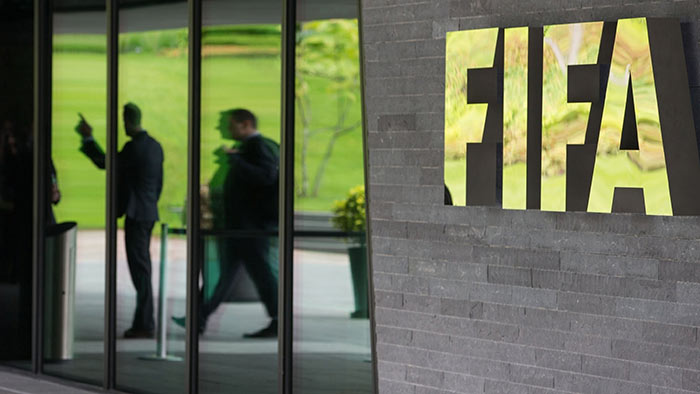 A sign of the FIFA is seen at the entrance of the world football’s governing body headquarters in Zurich. (Photo credit: FABRICE COFFRINI / AFP via Getty Images)

FIFA has suspended the Football Federation of Sri Lanka until further notice, the world governing body announced on Sunday.

A letter issued on Sunday, signed by Fatma Samoura, the Secretary General of FIFA, said Sri Lanka had lost all its membership rights, though not specifying the reason for the suspension.

“The FFSL representative and club teams are therefore no longer entitled to take part in international competitions until the suspension is lifted. This also means that neither the FFSL nor any of its members or officials,” the letter read.

“This also means that neither the FFSL nor any of its members or officials may benefit from any development programmes, courses or training from FIFA and/or the AFC.”

“Moreover, we would remind you and your affiliates not to enter into any sporting contact with the FFSL and/or its teams while the FFSL is suspended,” the Secretary General added.

The Federation of International Football Association (FIFA) on December 25 had issued a red notice to Sri Lankan Football authorities, raising concerns over the Electoral roadmap of the Football Federation of Sri Lanka.