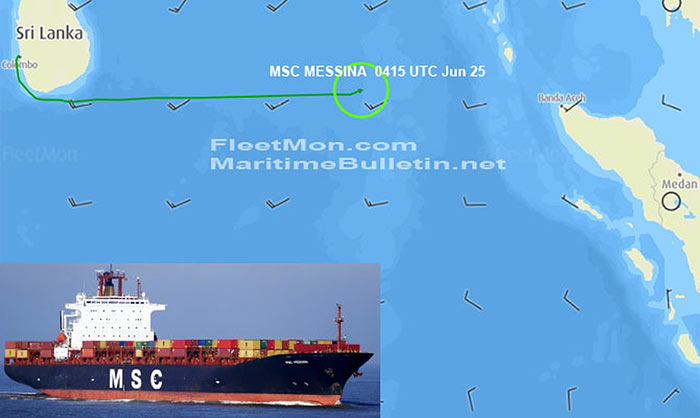 A fire has erupted in the engine room of container ship ‘MSC Messina’ in Indian ocean halfway between Sri Lanka and Malacca Strait.

According to Navy Spokesman Captain Indika de Silva, the Liberia-flagged vessel was nearly 480 nautical miles off Great Basses Reef LightHouse in Kirinda, Sri Lanka when the fire broke out.

Assistance of the vessels passing by has been sought to douse the fire, the navy spokesman said further.

The Maritime Bulletin reported that the incident took place at around 1930 UTC yesterday (June 24). “The ship was disabled, and as of 0415 UTC June 25 remained disabled, adrift.”

‘MSC Messina’ which departed from Colombo, Sri Lanka, had been en route to Singapore.