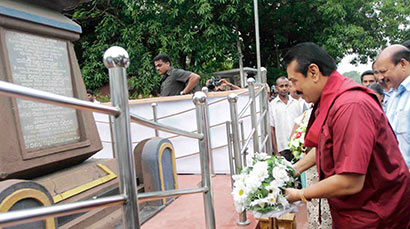 President Mahinda Rajapaksa visited the Hasalaka area recently (August 09) and paid his respect and laid a floral tribute to the monument of valiant war hero Hasalaka Gamini Kularatne which was built in the heart of the town. Ranaviru Hasalaka Gamini, the Sri Lankan soldier whose supreme sacrifice saved the lives of hundreds of fellow soldiers when the Elephant Pass camp was under siege of the LTTE in July 1991. President Rajapaksa also visited the war hero’s residence and spoke with his mother and other family members. The residents of Hasalaka were overjoyed due to the visit made by the President.

President also inspected the Morayaya Peripheral hospital and look into the health of the inmate patients there. He had a short discussion with the doctors and medical staff.

During the visit the President also met students who are taking the GCE A/L and Year Five scholarships examination and wished them success and encouraged them to do well. President Rajapaksa visited several temples in the Hasalaka area and met chief incumbents. 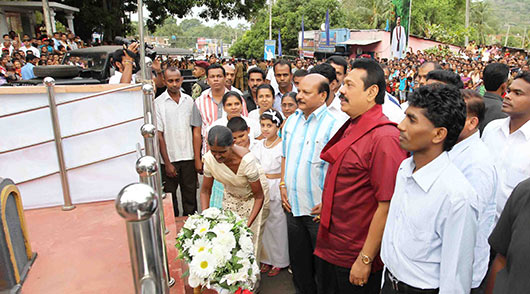 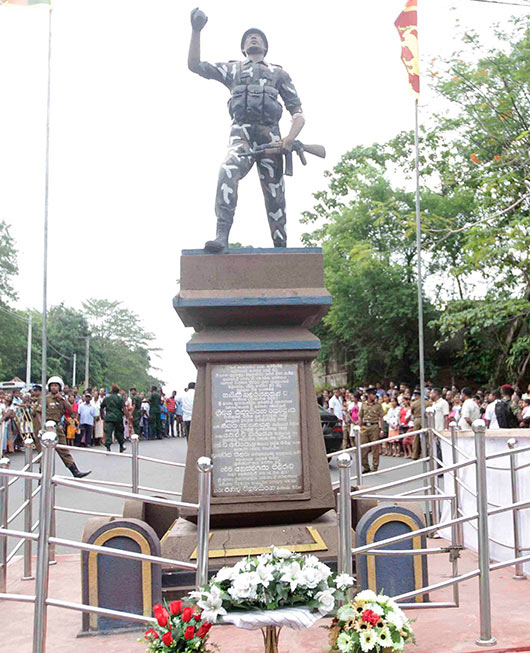 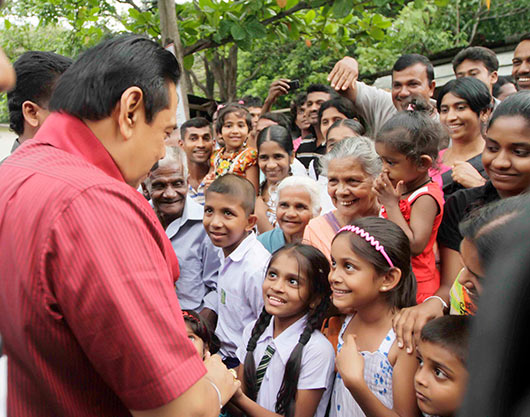