Forest density to be increased within next four years – President 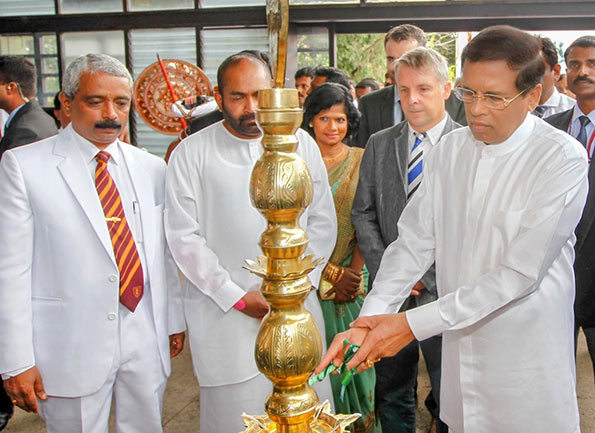 President Maithripala Sirisena says his plan as the Minister of Environment is to increase the forest density from the current 27-28% to 32% within next four years.

“According to the climate and weather conditions caused by the environmental damage in our country, similar to many other countries, all beings including humans have to face a challenge for their living” he pointed out.

The President was speaking at the ceremony to launch the project of bio gas, compost fertilizer, green farm and solar power, carried out under the program initiated by the Ananda College, Colombo today (Jan. 27).

He pointed out the importance of connecting the knowledge and understanding gained from the school education with the day-to-day life. “To stand as a strong nation, the children should be trained to act with self-pride, determination and self-strength”, he said.

The President stated that identifying the importance of energy, his residence in Polonnaruwa as well as the President’s House in Colombo are using solar power. He pointed out that any household could join this solar power scheme and advised the children to make their households aware of this programme.

“Achieving of the economic freedom in the country is not a responsibility of politicians and government officials only. Every citizen including school children can contribute to this task”, he further stated.

The President presented the awards for the contributors of Haritha Udana.

Minister Ranjith Siyambalapitiya, German Ambassador to Sri Lanka Jorn Rohde and the Principal of Ananda College S. M. Keerthirathne were among those participated in this event.

Home » Forest density to be increased within next four years – President