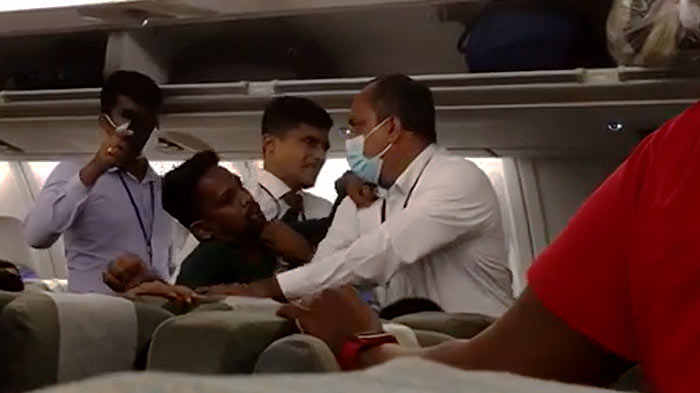 The accused were arrested in connection with the forcible entry to the President’s House and damaging its properties.

Dhaniz Ali, a 31-year-old resident of Webada in Kurunegala, was arrested on the night of July 26 while trying to fly out to Dubai on a flight from the Bandaranaike International Airport (BIA).

He is also accused of forcibly entering Sri Lanka Rupavahini Corporation (SLRC)  on July 13 with several other activists and attempting to disrupt telecast.

The Fort Police asked the court to remand the suspects further as investigations related to the incident are ongoing.