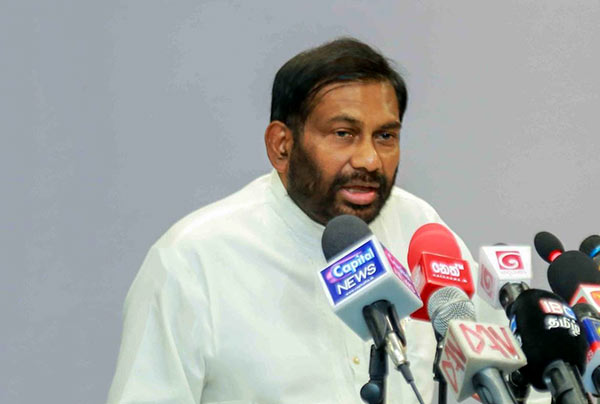 The Ministry of Agriculture has done very little to save the country’s many crops from the devastation caused by the fall armyworm, Minister of Primary Industries and Social Empowerment, Daya Gamage claimed yesterday (21).

Addressing the Media at his Ministry in Battaramulla, Gamage said that the worm had first attacked corn crops in the country in August last year.

However, next to nothing was done by the Agriculture Ministry and the Department of Agriculture to stem its progress until it had become a wrecker which had reached national level proportions, he alleged.

Explaining further, he said that the fall armyworm could fly 100 kilometres with the wind once it reaches the butterfly stage. Therefore there is a grave risk of it destroying all vegetation crops including jungles if nothing is done.

“The top officials were the ones who should take responsibility to visit places which were under threat and survey the best course of action to be taken.”

He said that he was willing to collaborate with the Ministry of Agriculture to overcome the situation since the lethal worm could set its sights on even export crops.

The Minister said that the worm has destroyed 40,000 of the 90,000 hectares of corn which had been grown in the Ampara District. He said that steps had been taken to provide at least one million rupees worth of pesticides to cultivators with not much result. Now, there seems to be no other way for farmers than completely destroying all affected crops, he added.

He said that it would be very difficult to convince them considering the fact that they suffered from the drought and the floods during the course of last year. They would have to be paid compensation for what they are losing, Gamage observed.

The Minister said that he would bring the matter up in Parliament today (22). It had also been brought to the President’s attention yesterday (21).

The Minister urged all agriculturists, lecturers and students in the Faculties of Agriculture, farmers and the 28,500 Samurdhi officers to join forces in battling the fall armyworm. He said that the worm had affected South American, South African and Indian crops in the last two years.