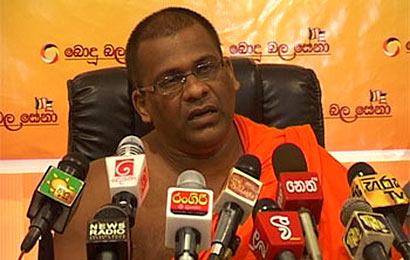 The General Secretary of the Bodu Bala Sena (BBS) organization, Ven. Galaboda Aththe Gnanasara Thero, has been released on bail by the Colombo Magistrate’s Court, after he was arrested on a pending warrant earlier today.