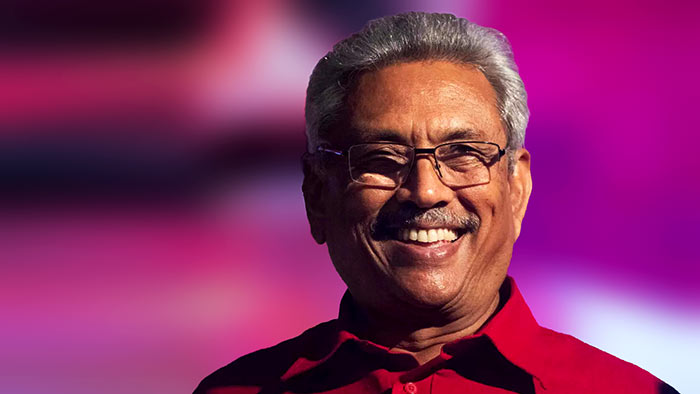 Gotabaya Rajapaksa has officially resigned as the President of Sri Lanka, Speaker of Parliament announced this morning (July 15).

Sri Lanka’s Prime Minister Ranil Wickremesinghe will continue as the acting President in executing duties and functions of the President as constitutionally stipulated till the electing a new President by Parliament, Speaker Mahinda Yapa Abeywardena said.

Speaker’s formal announcement is as follows

As informed by me at the Party Leaders meeting convened on the subject of selecting the President, the President will be selected according to the provisions of the Special Provisions Act No. 2 of 1981 and the Article 40 of the Constitution. It is my intention to complete this procedure successfully and speedily. As the oldest democracy in the South Asian region holding Democratic traditions sacred, completing this process in a transparent and Democratic manner would be a milestone not only in the history of Sri Lanka, but also of the Democratic history of the world.

Therefore, I would like to request maximum cooperation for this Democratic process from all party leaders, state officials, and security forces. My special appeal to our respected and dear citizens of Sri Lanka is to create a peaceful environment that will allow all members of Parliament to attend Parliament freely and act according to their conscience. Under such an environment, with the help of all responsible, I intend to conclude the above process within a short period of seven days. Accordingly, the notice is hereby given that the Parliament will convene on the 16th of this month (16.07.2022) and all members are requested to attend on that day.

I thank you all for the extended support.

Mahinda Yapa Abeywardena
Speaker of the Parliament of Sri Lanka 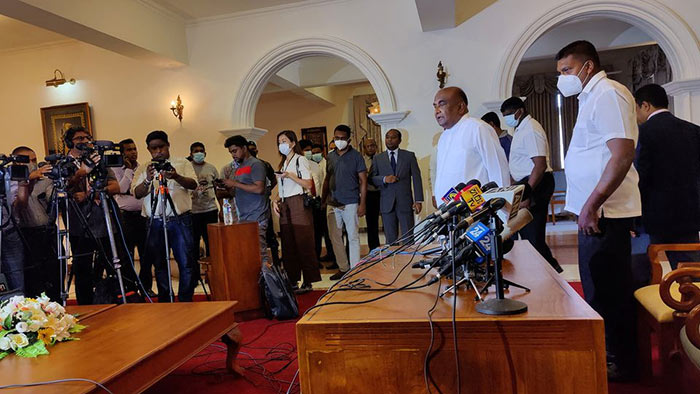 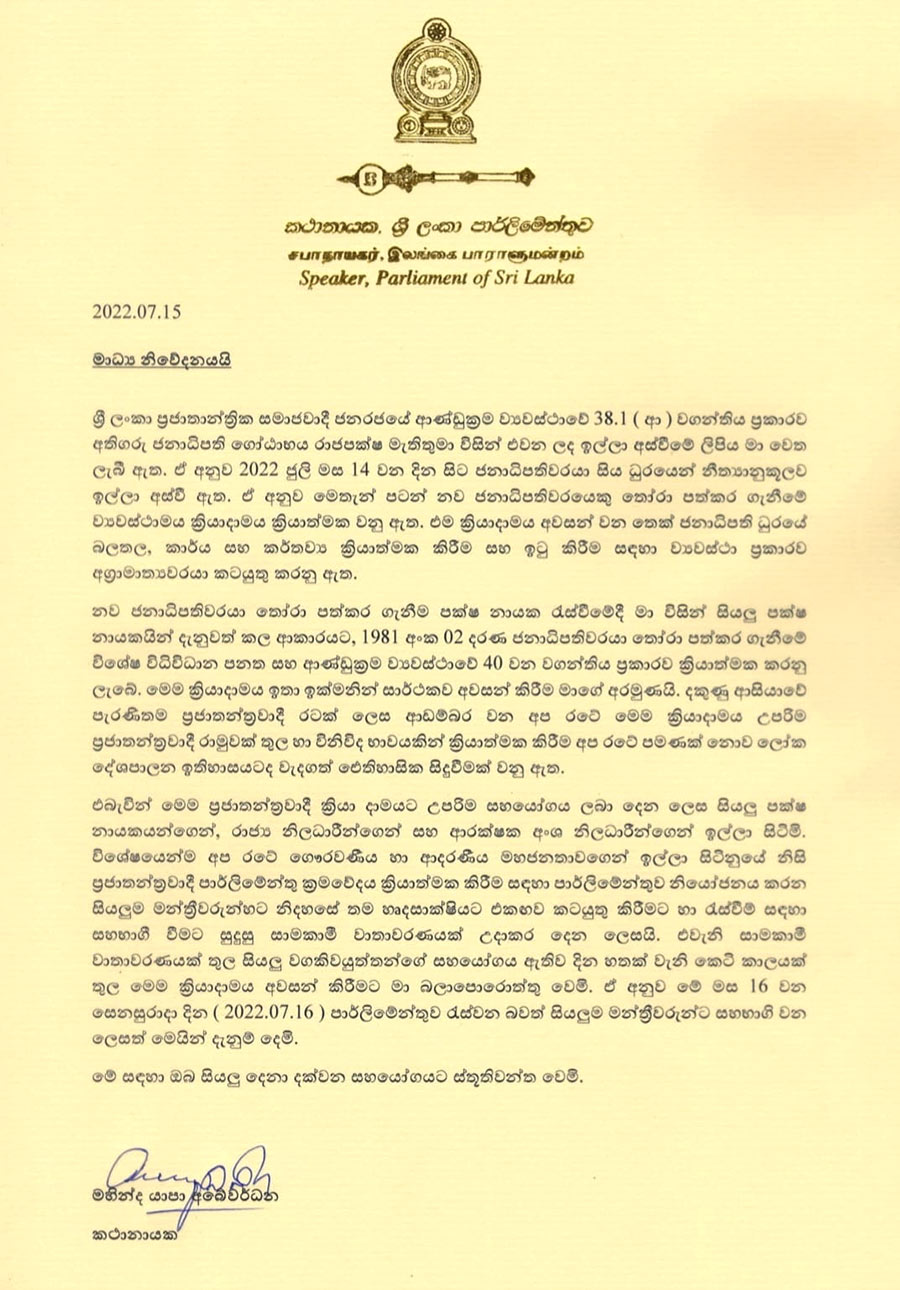