Government aware of voices of opposition on CHOGM: Chidambaram 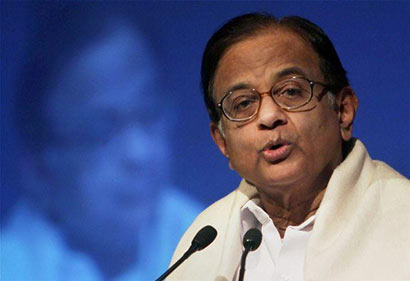 Union Ministers from Tamil Nadu have highlighted the plight of Sri Lankan Tamils while indicating their opposition to Prime Minister Manmohan Singh travelling to Colombo for the Commonwealth Heads of Government Meeting (CHOGM).

Union Finance Minister P. Chidambaram confirmed that the government was “aware” of voices of opposition from Ministers from Tamil Nadu, but declined to identify them.

At the same time, he drew attention to Ministry of External Affairs (MEA) spokesperson Syed Akbaruddin’s statement that all aspects of the country’s national interest, foreign policy priorities and international obligations are being considered while the government consults all stakeholders before deciding on the level of participation.

On the other hand, Sri Lanka’s Northern Province Chief Minister C.V. Wigneswaran is near certain to attend the CHOGM opening ceremony on November 15, said senior sources in the government.

As most allegations of human rights abuses were from the Tamil majority Northern Province, where an election gave an overwhelming mandate to the Wigneswaran-led Tamil National Alliance, the official said: “If he attends, what is now left for us to protest?”

In a letter to the Prime Minister, Mr. Wigneswaran credited India with “persuading” Colombo to hold the Provincial Council elections which, he noted, led to his election as Chief Minister by a “sizeable majority.”

A day after Union Shipping Minister and Congress leader from Tamil Nadu, G.K. Vasan, met Dr. Singh and quoted him as saying the sentiments of Tamils would be kept in mind while weighing the option of attending CHOGM, his Ministerial colleague V. Narayanasamy also made the same point while stating that there was still time for taking a decision.

Asked whether he was able to ascertain Dr. Singh’s position on the issue, Mr. Narayanasamy said: “How can I know what is there in his mind? He has said no final decision has been taken. I am sure he will take the decision in the best interest of people of the country. Still there is time.”

Foreign Ministers of Australia and South Africa, during meetings with External Affairs Minister Salman Khurshid in Perth, felt the summit was bigger than the human rights record of the host country. (The Hindu)

Home » Government aware of voices of opposition on CHOGM: Chidambaram