Ethics of Business and Financial Journalism in Sri Lanka 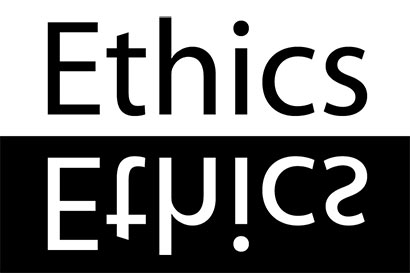 Media’s role in general is to provide the news and allow readers to make their own conclusion. Thus the motto ‘we inform-you decide’. Of late, segments of the media think they have every right to function as prosecutors, judges, jurors and executioners. The situation appears no different in Sri Lanka. In the realm of business reporting financial journalists are looked upon as guardians of the public trust. This means that financial journalists must conduct their professional lives in a manner that avoids any suggestion of personal gain or misuse of their press privilege. Yet, how many of Sri Lanka’s financial journalists reporting on the business climate in Sri Lanka actually conform to these noble media principles?

One of the key areas of contention has been the reporting culture of articles and reports immediately following the end of a 30 year conflict.  The emphasis made in some quarters and by the same journalists to project an aura of volatile instability appears to be an attempt to project a negative scenario in a bid to make foreign investors to think twice about investing in Sri Lanka. The objective apart, such reporting has led to even the public to wonder about the state of affairs in the economy of the country.

What business journalists and their financial editors conveniently disregard is that by continuously harping on an agenda based reporting format they are denying opportunities for their own people as prospects for employment for the unemployed, leveraging the earning capacity of individuals and families will go a begging if lucrative investments are lost and valuable investors decide to walk away. Should the public now not be made aware of and have these journalists exposed given that they are using their privilege as journalists to systematically brainwash the public and scare off investors? Thus polarisation and negative reporting does little help to Sri Lanka or its natives or is this objective of some of these journalists spurred by their editors and media proprietors? Some English newspapers are particularly guilty of championing the biased opinion making and it has been going on for quite a number of years following the Goebbels theory of repeatedly lying so that eventually the public and investors accepts the lies as truth.

They almost succeeded in creating a ‘media engineered’ collapse of the financial system in 2011/2012. The media maybe watchdogs but they are also citizens of the country and as citizens of Sri Lanka it should puzzle the public as to why they would wish to work towards the collapse of the country’s economy and questions the media owners as to what ethics they follow in steering the journalists working under them to write as they do?

How ethical is it for Sri Lanka’s media to abuse its ‘media’ privilege to invent stories, implant false notions and perceptions on the mind of the readers, sway public opinion and ultimately scare investors?

At a time when the country attempts to woo foreign investment would foreign investors dare think of investing in Sri Lanka when a handful of business journalists take up the task to fabricate stories on behalf of their editors and press owners? Readers have every right and must demand from these newspapers why they would sensationalize on the pretext of doing a service to the public of Sri Lanka.

Are these journalists not violating the provisions under law bringing potential disrepute to the papers they represent?

The Sri Lanka Press Council Law No. 5 of 1973 has specifically prohibited publication of speculative remarks which could have an impact on the economy and any alleged impending decision of the government which is false.

The Section 16(4) of the Act reads as follows

“No person shall publish or cause to be published in any newspaper any statement relating to monetary, fiscal, exchange control or import control measures alleged to be under consideration by the Government or by any Ministry or by the Central Bank, the publication of which is likely to lead to the creation of shortages or windfall profits or otherwise adversely affect the economy of Sri Lanka, unless such matter has been approved for publication in the newspapers by the Secretary to the Ministry charged with the subject in question”.

Journalists writing on the country’s economy and on financial markets are not expected to churn lies, distort facts, sensationalize and carry out smear campaigns simply to fool the public and ward off investors. This is totally unacceptable, the morals, ethics and principle of the newspapers, their owners and the editor are questioned and their integrity comes under review.

Home » Ethics of Business and Financial Journalism in Sri Lanka