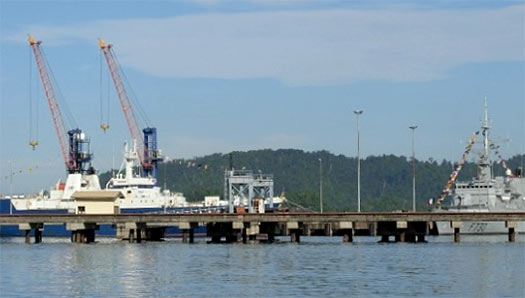 The government will obtain a US$ 48 million credit line from India for the development of Kankesanthurai Port, an official said yesterday.

Secretary to the Northern Development V. Sivagnanasothy told the Daily Mirror that the Cabinet approval had been secured to proceed with the development of this port in the north for commercial purposes.

He said further talks would be conducted with the Indian authorities for the development of it. “A fresh cabinet paper will be submitted later seeking approval for the land acquisition for the port development,” he said.

The port was used during the war time to send supplies from Colombo to the north since road connectivity had been cut off. Besides, Mr. Sivagnanasothy said the government had allocated two billion rupees to develop the Palali Airport for international flight operations.

The runway at the airport is 2600 metres in length. Of it, a stretch of 950 metres has already been developed. The government is planning to develop 1350 metres of it in total. Also, the allocation of two billion rupees will be used to resurface the taxiway and to develop the aprons.

“Our idea is to develop it as an airport to operate A320 aircraft,” he said. Later, he said Indian assistance would be sought for further expansion. “We have held initial talks with the Indian High Commission,” he said.