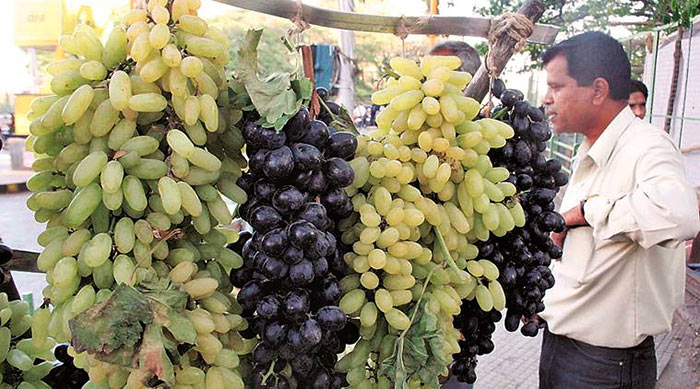 Export of grapes from India to Russia and Sri Lanka has halted midway in the season over stronger pest control requirements from the destination countries, the Indian Express reported.

While export to the more lucrative European and United Kingdom markets continues, overproduction has led to a collapse of prices at the farm gate level. Vilas Shinde, chairman of the Nashik-based Sahyadri Farms, a Farmers Producers Company (FPC), said plant quarantine issues have been raised by both Russia and Sri Lanka. “Both the countries have asked for a declaration of the entire area as pest-free,” he said.

Shinde said the necessary documentation is to be done by the agriculture department’s plant quarantine department. “Sri Lanka’s requirements have been met and we are waiting for them to revert, however, in the case of Russia, the work is yet to be done,” he added.

While Sri Lanka’s share in the grape export pie is relatively small, Russia is a major export destination for Indian table grapes.

Similarly, a fruit fly fear had halted the export of Indian mangoes a few years ago causing havoc in the markets. Till date, as many as 550 containers of grapes have left for Russian shores, which Shinde said was at least 60 per cent of last year’s volume.

Jagannath Khapre, president of the Grapes Exporters Association, said 35,000 tonnes of grapes have been exported till date to the UK and Europe. “Technical issues have halted exports to Russia and Sri Lanka,” he said.

Khapre said the Pune-based National Research Centre of Grapes has been consulted in this regard. “We hope the issue will be resolved soon,” he said

Asked about the drastic price collapse in the markets, both Shinde and Khapre said it was the result of increased production but limited demand. Khapre said other than export markets, demand from the local markets has also dimmed due to the cold wave in the northern parts of the country. “In some cases, there has been early picking, which has resulted in low sugar content in grapes. This has given a bad name to the production and hampered market access,” Khapre said.