Government to develop Muthurajawela Wetlands under Ministry of Environment 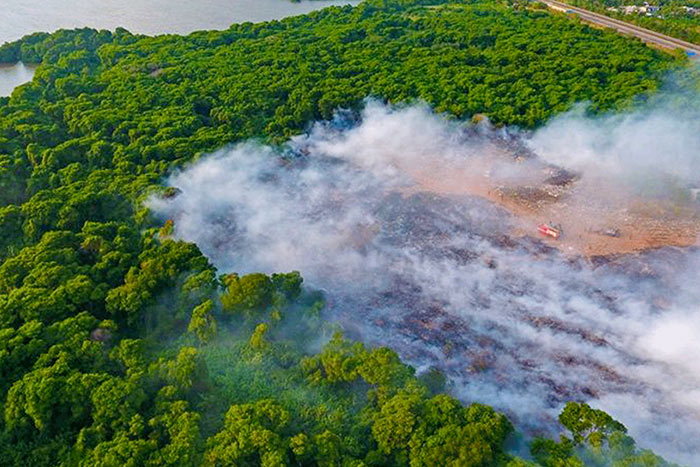 The government has decided to bring the Muthurajawela Wetlands under the purview of the Ministry of Environment and the Urban Development Authority (UDA).

The Minister pointed out that the President focused his attention on protecting the highly sensitive ecosystem of Muthurajawela.

The Wetland Sanctuary was taken over by various individuals and have been attempting to destroy the ecosystem illegally.

The Minister said that he and Ministry Secretary Dr Anil Jasinghe paid an observation tour to the site to assess the situation and had seen not only certain businessmen but some underworld gangs and government officials too had their hands in this ecosystem destruction.

Minister Mahinda Amaraweera stated that steps will be taken to develop it into an attractive ecosystem for local and foreign tourists.

It is planned to complete the project by the end of next year while preserving the Muthurajawela ecosystem.

Home » Government to develop Muthurajawela Wetlands under Ministry of Environment