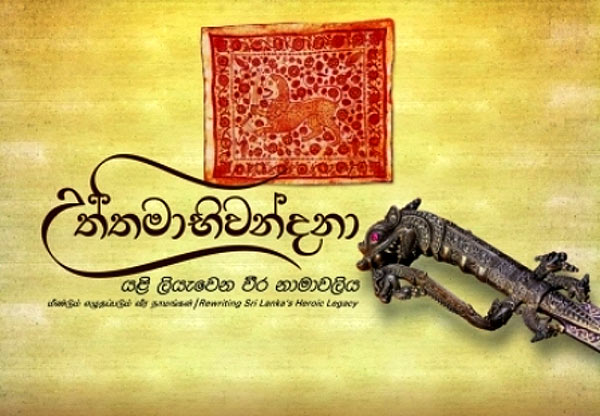 The historic ceremony to declare about 82 heroes of the 1818 Uva-Wellassa Rebellion, who were sentenced to the capital punishment and were expatriated, as patriots will be held today (1st Mar.) in Kandy under the patronage of President Maithripala Sirisena.

The President will sign the gazette declaring these 82 heroes of the 1818 rebellion as patriots at this historic ceremony named ‘Uththamaabhiwandana’, which is organized by the Department of Government Information.

Chief Prelates of Malwatta and Asgiriya chapters, Ven. Maha Sangha, Speaker Karu Jayasuriya, Ministers, Parliamentarians, and the family members of the heroes of 1818 rebellion will participate at this event.