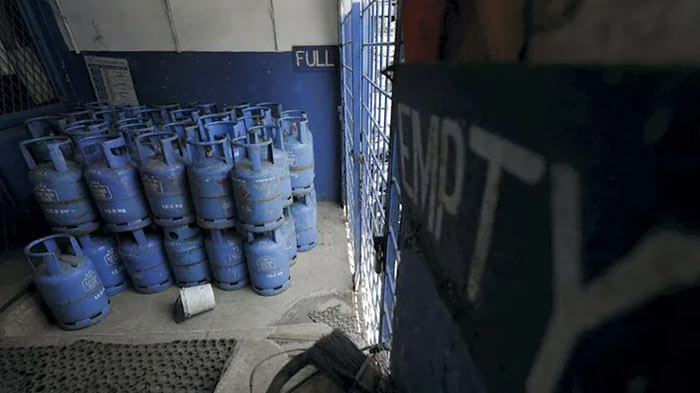 Nearly 1,000 bakeries have closed in Sri Lanka due to a severe shortage of cooking gas, an industry association said on Monday, as the impact of dwindling foreign exchange reserves ricochets through the country’s economy.

The island nation is facing its worst financial crisis in a decade with foreign exchange reserves shrinking 70% to $2.36 billion in January, leaving the government struggling to pay for imports including food, medicine and fuel.

People are lining up at fuel pumps across the country and a shutdown of multiple power plants has led to rolling power cuts, sometimes lasting more than seven hours a day.

The cooking gas shortage has almost doubled bread prices to about 150 rupees ($0.75) in some urban areas, N.K. Jayawardena, chairman of the Ceylon Bakery Owners Association, said.

“If this situation lasts for one more week, 90% of bakeries will have to close. Many bakers have taken out loans, they will not be able to repay them,” said Jayawardena, whose association, the largest in the sector in the country, represents some 7,000 members. “The government must find a solution urgently.”

Two government spokesmen could not be immediately reached for comment on the bakeries but ministers have said they are working to normalise fuel distribution.

While bread products are not such a vital staple as rice, nearly every village and town would have at least one bakery supplying breads for curries and snacks to families and workers.

The gas shortage is also hitting small restaurants and households, with dozens of cooking gas retailers forced to suspend business due to lack of supplies.

“Normally we get about 100 gas canisters every two days. Since last Monday we haven’t got any,” cooking gas retail outlet owner Danusha Gunewardene told Reuters. “I had a delivery boy but now he also has no work and no way to make a living.”

A senior official at Laugfs Gas, one of Sri Lanka’s two gas suppliers, said imports were stalled because banks were declining to open letters of credit. The company typically sources about 15,000 tonnes of gas from Qatar and Oman a month worth $50 million.

“We usually issue 40,000-50,000 cylinders to retailers per month but that has now reduced to less than 2,000. Since last Friday no supplies have been released,” the official, asking not to be named because of the sensitivity of the situation.

Spokespeople for Laugfs and the other main supplier, state-owned Litro Gas, declined to comment.

Sri Lanka is due to receive two diesel shipments on Monday and another later this week, which is expected to partly ease the fuel shortage, Energy Ministry Secretary K.D.R Olga said.

“A 30,000 tonne shipment of furnace fuel has also docked and will be offloaded from tomorrow to supply thermal power plants,” Olga said.