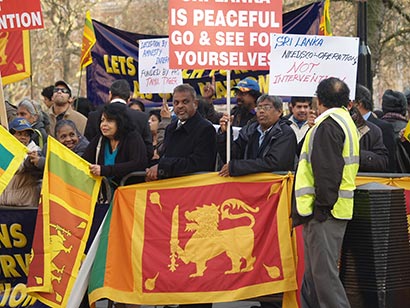 Hundreds of peace loving Sri Lankan expatriates converged outside the American Embassy in London on Sunday 11 March to protest against the United States sponsored resolution on Sri Lanka at the ongoing United Nations Human Rights Council (UNHRC) in Geneva.

Assembled in front of the American Embassy for a peaceful demonstration, which was organised by the British Sri Lankan Forum (BSLF) within a very short notice, members of the forum and participants were shouting slogans, waving colorful lion flags, and holding placards condemning American hypocrisy and double standards against Sri Lanka.

The placards and huge banners the demonstrators carried read: “Stop the hypocrisy and double standards against Sri Lanka”, “USA pushing for confrontation- Not co-operation”, “Practice what you preach”, “Sri Lanka is peaceful- go and see for yourselves”, “Do not support the Pro – LTTE lobby Groups, they will bring terrorism to your door step”, “Are you paid by the Pro – LTTE lobby Groups?”, “Don’t believe Channel 4 misrepresentation of Sri Lanka”,  “Sri Lanka needs co-operation, NOT Intervention”, “Deception by Amnesty International- Funded by pro Tamil Tiger lobby groups”.

The demonstrators widely distributed leaflets near the American Embassy, the group has appealed to the British public to visit Sri Lanka and see for themselves the massive reconstruction, rebuilding, infrastructure, development progress and the ground reality in post terrorism Sri Lanka including the former conflict affected areas of the Northern and Eastern provinces. The forum launched this campaign to raise public awareness, saying that Sri Lanka was finally saved from thirty years of devastation at the hands of the most bloodthirsty, murderous group of terrorists, the Tamil Tigers. However, the terror fundraising and propaganda networks are still very much intact outside Sri Lanka. All over the world, the supporters of this vicious group of psychopaths with the blessings of few NGOs are spreading numerous lies and half truths detrimental to our beloved motherland. The totally bias and misleading documentary by Channel 4 about Sri Lanka is just one such manifestation of this movement and requested them not to believe this malicious false propaganda.

Addressing the gathering President of BSLF thanked all the patriots who attended and supported the protest to make it a success within a short period of time and said that they organised this event to express their protest against the decision made by the US, against Sri Lanka at the UNHRC in Geneva. He also objected to the unnecessary influences, interferences in to the internal affairs of Sri Lanka by the US-led western countries and regretted the undue pressure from sections of International Community which have fallen prey to the false propaganda. He further stated that BSLF will be handing over a petition to the American Embassy and the Foreign and Commonwealth Office of the British government during the week

BSLF is a non- political, independent organisation to safe guard the right image of Sri Lanka which is been distorted by foreign media and pro Tamil Tiger propaganda. It is also committed to safe guard the sovereignty and territorial integrity of Sri Lanka. Our vision would be One County- One Nation and promote peaceful co-existence among all races living in Sri Lanka. 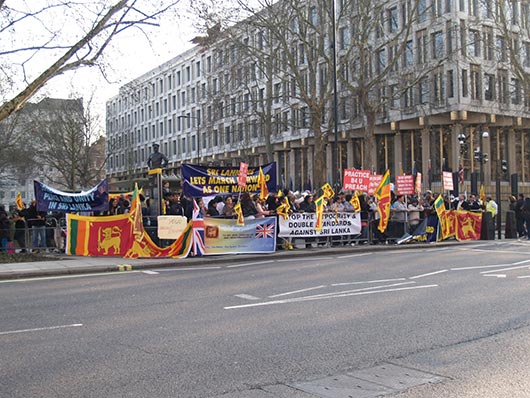 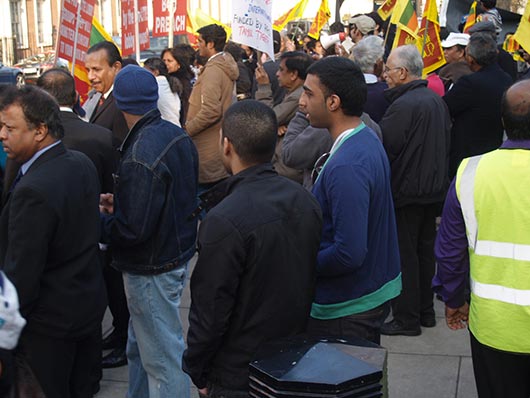 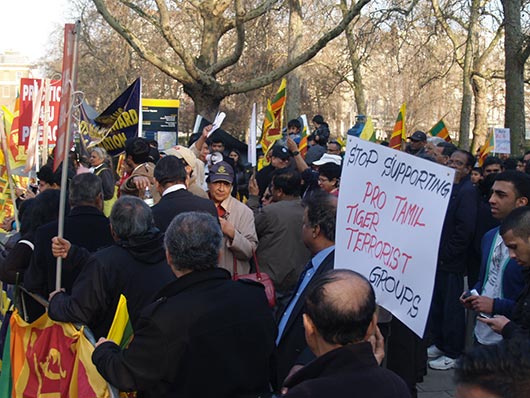 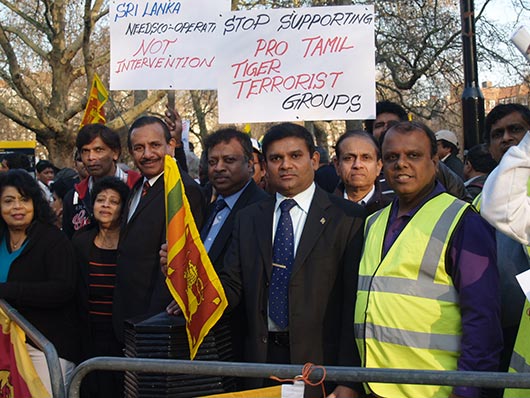 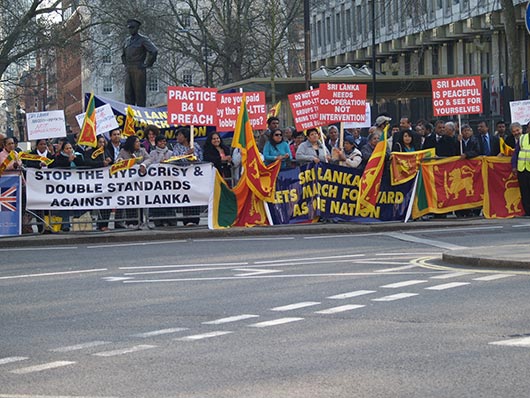