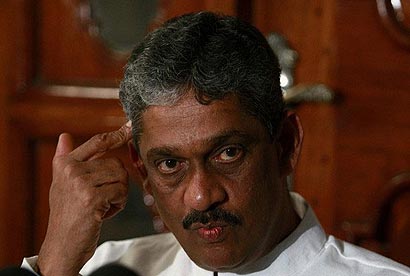 I have never made any statement that was in opposition to the country or the army, former Army Commander Sarath Fonseka said today (May 23) at the Colombo High Court when the court took up the White Flag case.

Fonseka spoke about his 36 years in the service of the army citing the various operations that he had been a part of when he was called to the stand today.

NOTE:- Due to legal contstraints, the Onlanka Editorial team has taken a decision to disable comments on this articles concerning ongoing court procedures.