India has done its best to assist Sri Lanka – Jaishankar 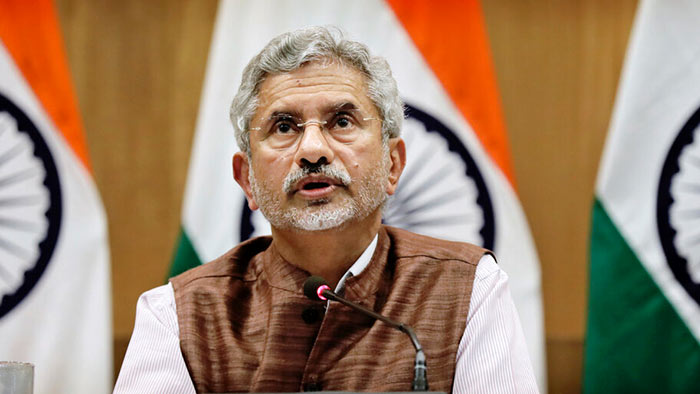 External Affairs Minister of India, Dr. S. Jaishankar said on Thursday that the relationship between India and China was going through an “extremely difficult phase” after what Beijing had done at the border and emphasised that the Asian Century would not happen if the two neighbours could not join hands.

He made the remarks while responding to a series of questions after delivering a lecture on ‘India’s Vision of the Indo-Pacific’ at the prestigious Chulalongkorn University here.

Responding to a question, Mr. Jaishankar said that the Asian Century would happen when China and India come together but it would be difficult to happen if India and China could not come together.

“At the moment [the India-China] relationship is going through an extremely difficult phase after what China did at the border,” he said.

Chinese and Indian troops are engaged in a prolonged standoff in eastern Ladakh. The two sides have so far held 16 rounds of Corps Commander Level talks to resolve the standoff which erupted on May 5, 2020, following a violent clash in the Pangong Lake areas.

“I think if India and China have to come together, there are many reasons to do so, not necessarily only Sri Lanka,” he said, adding that it was in the own interest of India and China to join hands.

“We very much hope that wisdom dawns on the Chinese side,” the External Affairs Minister said while replying to another question from the audience.

Mr. Jaishankar said India had done the best of its abilities to assist Sri Lanka. This year alone India had extended $3.8 billion of support to Sri Lanka, including line of credits and swap arrangements, he said.

“Any help we can give to Sri Lanka at the IMF [International Monetary Fund] that we will naturally do,” Mr. Jaishankar said.

On the issue of Rohingya refugees, he said the issue had been discussed with Bangladesh. “What matters for them is repatriation. We have been supportive of Bangladesh,” he said.

Currently, Bangladesh is hosting more than 1 million Rohingya refugees, who fled Myanmar following a military operation against them a few years ago.

Responding to another question, the External Affairs Minister dismissed criticism for importing discounted Russian oil, saying India was not the only oil importing country.

The U.S. and European nations have imposed heavy sanctions on Russia since Moscow sent troops into Ukraine on February 24.

India has raised oil imports from Russia after the Ukraine war despite criticism from the West and continues to engage with Moscow for business.

Mr. Jaishankar, who arrived here on Tuesday, co-chaired the 9th India-Thailand Joint Commission Meeting with his Thai counterpart and Deputy Prime Minister Don Pramudwinai on Wednesday during which they discussed advancing bilateral contacts in political, economic, security and defence, connectivity and health domains.