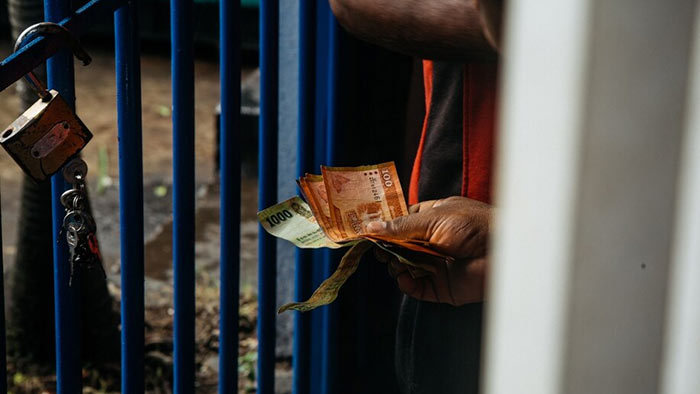 What was good for Sri Lanka under British colonial rule 75 years ago may be worth a try again. Or at least that’s what Mark Mobius, the former emerging markets guru at Franklin Templeton Investments, seems to be suggesting. To regain the confidence of investors, the bankrupt Indian Ocean island could consider swapping its central bank with a currency board, he says.

Mobius has a point. A central bank with discretionary power over domestic interest rates wields enormous power, but not all can exercise it responsibly. If powerful politicians – like Sri Lanka’s President Gotabaya Rajapaksa and his brothers – are going to wreck fiscal management with disastrous tax cuts and ruin agriculture with a ban on fertilizers, and if the monetary authority is simply going to enable that recklessness by printing money, then the country may be better off ditching the bank in favor of a set of rules.

Ultimately, that’s what a currency board boils down to: a protocol. Anything that requires judgment – such as setting interest rates, bailing out troubled lenders, helping the government raise funds on the cheap – goes out the window. National money is backed 100% (or more) with liquid, risk-free assets held in the foreign anchor currency. In other words, a pure currency board for Sri Lanka won’t resemble Argentina between 1991 and 2001: That system had too many cheat days in its diet. The right model is the Hong Kong Monetary Authority.

Even in Hong Kong, which has run a currency board since 1983, rumors of an impending demise of the peg start to swirl whenever local interbank rates go out of kilter with U.S. rates – as is the case now. But those rumors are always exaggerated. Yes, the Federal Reserve has turned hawkish, and Hong Kong must, therefore, expect strong capital outflows in the months ahead. But it’s no big deal. The HKMA will automatically sell U.S. dollars to the banking system when the local currency drops to the weaker end of its HK$7.75 – HK$7.85 convertibility undertaking, sucking out domestic liquidity so that, as Bloomberg Intelligence strategist Stephen Chiu notes, “local rates may also rise and catch up with the U.S rates, hence supporting the Hong Kong dollar eventually.”

Sri Lanka, too, can adopt such a self-executing code, provided it can find the right anchor and an appropriate conversion value. Its rupee has been unofficially pegged to the U.S. dollar since October 2021. However, after dwindling foreign-currency reserves forced the previous central bank Governor Ajith Nivard Cabraal to drop the peg last month, the Sri Lankan rupee collapsed – from about 201 to the dollar to around 350. Such volatility could be eliminated by giving the exchange rate a strong mooring – of the kind that existed in Sri Lanka’s own past.

Before American economist John Exter came to Colombo to help set up a central bank – he became its first governor in 1950 – Ceylon, as the country was then known, ran a hybrid currency board. Ceylon rupees were convertible 1:1 into Indian rupees, but they were backed mainly by British pounds with some Indian currency reserves thrown in. That arrangement worked as long as the Indian currency was also linked to the pound. It started breaking down after World War II. Newly independent India imposed exchange controls on transactions within the so-called Sterling Area. A year later Ceylon did the same. This created a paradox, as Exter noted, since a currency board couldn’t possibly work without free convertibility into its anchor currency.

The lack of convertibility of the Indian rupee and the Chinese yuan is the reason why neither can be the anchor for a Sri Lankan currency board even today. China and India are the island’s top two trading partners, and both Beijing and New Delhi have a keen interest in not letting Colombo lean too much to the other side. That makes the U.S. dollar, the main invoicing currency for global trade, the obvious choice.

But at what level? While the current exchange rate is a windfall for the island’s apparel and tea exporters, costlier imports are stoking Asia’s fastest inflation rate. Prices rose nearly 19% from a year earlier in March. The right level for a Sri Lankan currency board is somewhere between 200 and 350 perhaps; but it will only be known once the contours of the bailout by the International Monetary Fund become clear and uncertainty about the country’s future recedes.

Currency boards are typically associated with lower inflation, higher economic growth and smaller fiscal deficits when compared with hard pegs that are supported by promises, rather than protocols. To small countries like Sri Lanka (population: 22 million), they present a legitimate alternative even to flexible exchange rates with monetary independence, which may not achieve much anyway because of political meddling.

Yet life under a currency board isn’t a cakewalk. Starting in the late 1990s, Hong Kong had to put up with agonizing deflation for several years. The city’s economy was still hemorrhaging from the 1997 Asian Financial Crisis, but the Fed raised U.S. interest rates all the way to 6.5%. Hong Kong mortgages were under water; unemployment was high. Right up to its 20th anniversary in 2003, the currency board was getting a lot of flak. Yet, when asked what might happen if the Hong Kong dollar was allowed to float, Joseph Yam, the then HKMA chief, quipped: “We have no wish to find out.”

Sri Lanka’s technocrats need to be similarly prepared to leave credit creation to commercial banks, growth and jobs to the government and interest rates to an algorithm. After all, a dollar-backed currency board isn’t very different from substituting the national currency with a stablecoin like Tether. But is that what the island really wants? That’s the question it needs to answer first.

1 Response to Insolvent Sri Lanka Should Cancel Its Central Bank