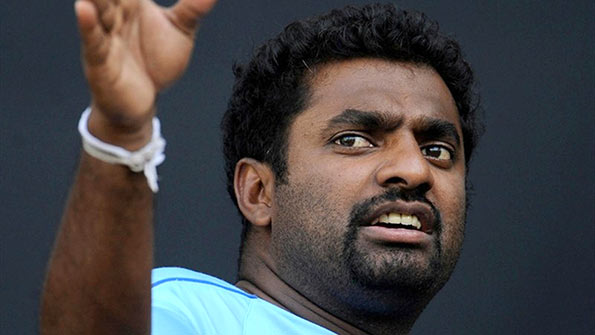 CHENNAI: These are tough times for Sri Lankan cricket. The team recently lost a five-match One-day series against minnows Zimbabwe, resulting in the resignation of skipper Angelo Mathews across all three formats. To make matters worse, they will be up against India – the No. 1 ranked side in Test cricket – next in a full-fledged tour that includes three Tests, five ODIs and one T20.

Even Sri Lankan great Muttiah Muralitharan gives them little chance as he expects the Indian spin duo of R Ashwin and Ravindra Jadeja to come up trumps. When India won the Test series in Sri Lanka in 2015, Ashwin was the man-of-the-series with an astounding 21 wickets from three matches.

“Obviously, India will start as favourites. In Sri Lanka, I’m not too sure how the pitches will play. When India visit, they might get flat wickets. But Ashwin and Jadeja will do very well. The Sri Lankans are not playing well at the moment and both of them can capitalise on that advantage. Ashwin is now just going from strength to strength. He is a very smart cricketer and is bowling at his best right now,” Muralitharan, who is has been named the mentor of VB Thiruvallur Veerans for the Tamil Nadu Premier League, said.

While Jadeja is the No. 1 Test bowler at the moment, he is closely followed by Ashwin at second spot. Asked whether they can continue their success especially with tours outside the subcontinent coming up after Sri Lanka, Murali said: “In India, of course Ashwin and Jadeja will always be lethal. It all depends on the pitches. In South Africa and the other tours coming up, they will find it difficult as the wickets won’t be favourable.”

With Sri Lanka struggling at the moment, the experience of former greats like Kumar Sangakkara, Mahela Jayawardene or Murali himself might come in handy. The legend, however, feels that the team will have to find solutions on its own.

“Since my retirement, I have not been involved in Sri Lankan cricket.

It’s been 5-6 years. I don’t understand what’s happening there. Without being aware of the situation, I don’t think it will be right for me to comment. How ever, there is definitely a problem. The performance of the team has dipped and they will have to rectify it. Bringing in Sangakkara, Jayawardene or me won’t be a solution because we are all busy with other commitments. Sangakkara is still playing cricket and Mahela is busy with coaching commitments just like me. So, they will have to look for a solution themselves,” Murali, who has a colossal 800 Test wickets under his belt, added.

‘Super Kings will find it tough on return’

The 45-year-old Murali also opened up about Chennai Super Kings’ (CSK) return to the IPL next year after the Supreme Court’s two-year ban on the franchise came to an end on Friday. Murali enjoyed a hugely successful spell with CSK from 2008-10.

“CSK’s comeback is going to be hard. It’s not going to be the same as what you think. First time around, they had built a team from scratch and made sure that all their top players were retained year after year. Now, all the players are scattered and no one knows what the rules are going to be as far as player retention is concerned. They might not have the same dominance but they will still be close to the top,” he said.