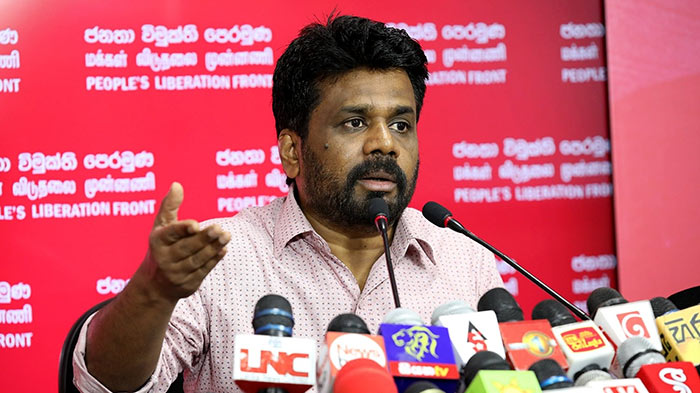 The Janatha Vimukthi Peramuna (JVP), on Wednesday (June 22), called on people to take to the streets to chase away the government that could not solve their problems.

JVP leader Anura Kumara Dissanayake said people were dying in fuel queues. They died in that manner no fault of theirs. It is the government that has caused the present crisis. That government could not solve it. The longer the government stayed in power, the higher the number of people dying in queues would be, Dissanayake said, asking, “How many people must die before this government understands that it cannot solve this crisis?”

The JVP leader stated this addressing the media at the party headquarters in Pelawatte, Battaramulla.

The JVP leader said that his party had organised a series of public protests throughout the country and the first in a series of protests is scheduled to be launched from Anuradhapura on 26 June, followed by another in Kurunegala the following day. Protests are scheduled to be held in Matara on 28 June, in Kalutara on 29 June 29 and in Ambalantota on 01 July.

The JVP leader called on people to come and join the protests to urge the government to go home. There was no other solution in sight.

“We will not turn back until this government goes home. We call on people to come join us wherever possible.