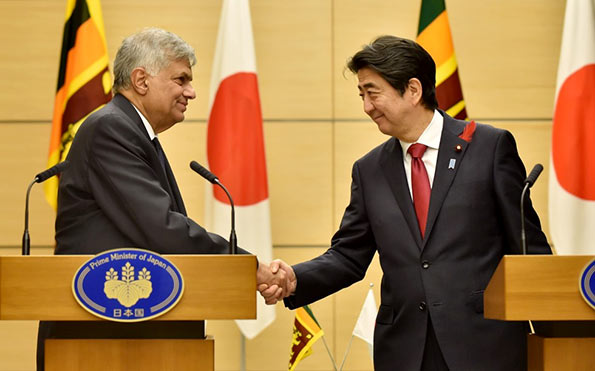 Japanese Prime Minister Shinzo Abe pledged aid to Sri Lanka on Tuesday in a meeting with his counterpart, Ranil Wickremsinghe, and reiterated a promise to help Sri Lanka bolster its maritime security and to provide patrol ships.

Sri Lanka is moving away from the former government’s pro-China stance and has suspended most Chinese-backed infrastructure projects.

It is also trying to put more emphasis on ties with Japan, which dovetails with Abe’s hope to counter a rising China.

Sri Lankan government officials said in July they were seeking sources of cheaper funding to replace about 70 percent of the more than $5 billion in debt from Chinese lenders with loans at cheaper interest and longer durations.