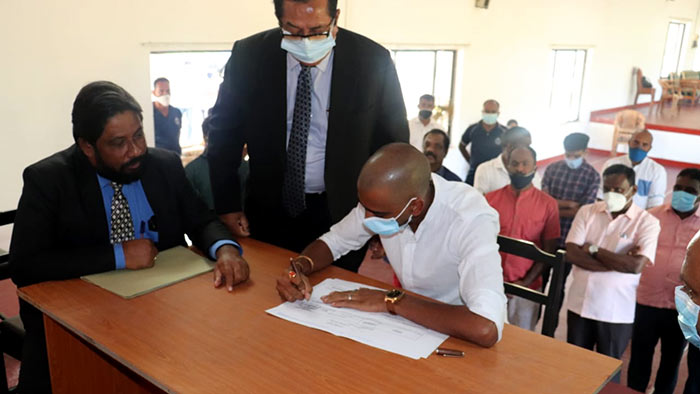 The nomination papers were signed at the Ceylon Workers Congress headquarters in Kotagala.

Jeevan Thondamon is contesting the General Election after the demise of his father, who handed over nominations to contest from the Nuwara-Eliya District.