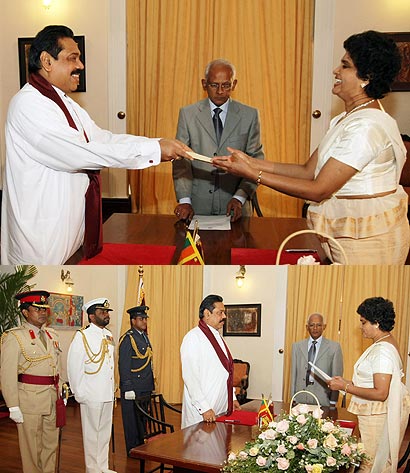 She took oaths in the post as Chief Justice Asoka De Silva is on an overseas visit. She was appointed for this post for many times even in President Chandrika Kumaratunga’s period when former CJ Sarath N Silva was on vacation.

Dr. Shirani Bandaranayake is seen here swearing as the Acting Chief Justice. Secretary to the President Mr Lalith Weeratunga and representatives from Army, Navy and Air Force were also present at the occasion.