Lane Laws in Colombo from Monday to Friday 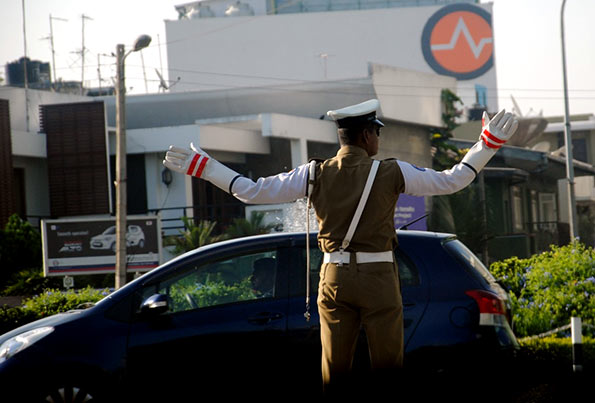 Strict enforcement of laws related to road lanes on five roads in Colombo and suburbs will come into effect from Monday to Friday.

Police Media Spokesman’s office said that the Police will strictly enforce these laws with effect from 7.30 am. today (05) along Galle Road from Moratuwa to NSA roundabout near Galle Face.

The roads would be from Kollupitiya to Bambalapitya, Duplication Road, Borella Senanayake Junction to Poldoowa Junction on the Sri Jayawardenapura Road, Peliyagoda to Kiribathgoda and Peliyagoda to Negombo.

The enforcement of Lane Laws would minimize road accidents and traffic congestion, the Police said and added that legal action will be taken against the drivers who drive across the lanes.

Home » Lane Laws in Colombo from Monday to Friday