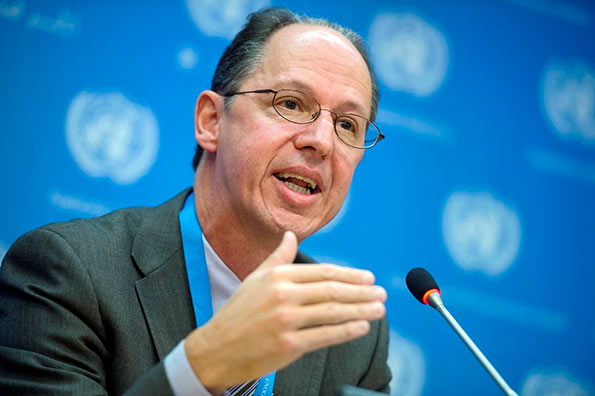 Pablo de Greiff, the UN Special Rapporteur on Truth, Justice, Reparation and Guarantees of Non-Recurrence, has said that Sri Lanka should not be hasty in trying to meet its commitments to the UN Human Rights Council (UNHRC) in regard to issues of transitional justice.

“There is no country that can accomplish all this is a short period of time. Sri Lanka has embarked on an ambitious process that should not be prepared, let alone implemented, in haste,” de Greiff said in the report on his visit to Lanka between January 26 and February 1, which was released on Wednesday.

“Those that are familiar with transitional processes in different parts of the world, do not expect Sri Lanka to adopt measures for the sake of demonstrating compliance with commitments that the country has made,” he pointed out.

Pablo De Greiff noted that the time frame given to the Consultation Task Force on Transitional Justice suggests “unrealistic expectations”. The Task Force is to complete its work and report to the Prime Minister in just three months.

The UN official noted that the Lankan government has simultaneously taken up a variety of tasks, including constitutional reform, and all these will need time to complete. However, he felt that some things can be done in the short term to create confidence in the victims of war, that justice is on the cards.

Among tasks which can be done immediately, he mentioned the return of lands held by the military; launching of victims assistance programs; giving psycho-social support; toning by the judicial system, and tracing missing persons.

On the controversial Judicial Mechanism to be set up to try war crimes cases, de Greiff said that unfortunately the debate has been on the nationality of the judges and prosecutors and not in their competence.

“The debate should have been on judicial competencies in addition to impartiality and independence,” he said.

Identifying some of the challenges faced by the Consultation Task Force, de  Greiff said that statements by the President and Prime Minister have called into question their willingness to abide by the commitments made to the UNHRC. While praising the government for appointing to the Task Force only members of civil society with a “long trajectory in defense of human rights,”  de Greiff  said that government should try to instill confidence in the consultation process by assuring that it is not a delaying tactic, New Indian Express reports.