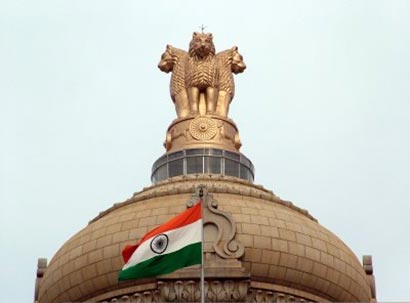 The government of India says the defeated LTTE, is continued to be a threat to the territorial integrity and sovereignty of India.

Immediately after the assassination of the former Prime Minister, Rajiv Gandhi in May 1991, the Indian government, which had imposed the ban on the LTTE for the first time in May 1992, had been extending it every two years under the provisions of the Unlawful Activities (Prevention) Act.

As per the law, the Centre had issued a notification banning the organisation on May 14 for another period of two years.

On Friday, Justice V.K. Jain, who constitutes the one-man Tribunal set up under the Act to go into the ban, conducted a hearing to decide its validity, states The Hindu.

Filing an affidavit before the Tribunal, R.K. Suman, Director of Internal Security, Union Home Ministry said, “Though the LTTE has been decimated, there are reports to indicate that remnant LTTE cadres/leaders [are trying to] regroup and revive the organisation in Tamil Nadu and elsewhere in India.”

He also said there were reports that the banned organisation was likely to revive with the assistance of Maoist organisations in the country.

“The organisation is capable of garnering local support in Tamil Nadu and several others parts in South India on account of linguistic, cultural and ethnic affinity. The LTTE continues to look at Tamil Nadu as a base for anti-India activities. The Central government has information that the LTTE continues to be a threat to territorial integrity and sovereignty of the country,” the Ministry said.

“The LTTE, even after its military defeat, has not abandoned its goal of achieving ‘Tamil Eelam.’ The remnants of the organisation have been clandestinely working by reviving [activities] locally and internationally and continue to propagate its agenda through various means.”

Though the Marumalarchi Dravida Munnetra Kazhagam (MDMK) general secretary Vaiko’s plea to implead himself in the hearing to oppose the ban was rejected by the Tribunal, he was allowed to place certain questions before it.

Answering a question raised by Vaiko, Mr. Suman said various cases have been registered against pro-LTTE elements and supporters in the preceding 24 months. He was personally aware of four such cases. He also cited the MDMK as one of the organisations, listed as a supporter of the LTTE, The Hindu further said.