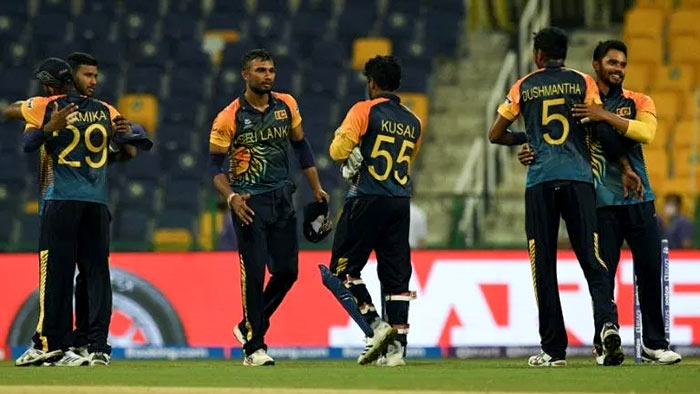 “It’s tough. I just counted that I have been 135 days in quarantine and bubbles since June and I am in last legs. But I totally understand and I told them I will be with the group with the technology that we have. I hope that anyone can understand that being a father that I haven’t seen my daughter for that many days. I definitely need to get back home,” Jayawardene explained.

Jayawardene was happy with the way things have gone for Sri Lanka in the qualifying phase. Sri Lanka went through with a game to spare and almost certainly will top the group which means they will avoid the Asian bloc in the second round.

“Things have gone fairly well but there are things that need to be improved going forward. The main thing was role clarity for players and what needs to be done in T-20 cricket. The biggest thing I realized when I spoke to the coaches was fear of failure and playing T20 cricket at this level you need to play without that. Otherwise it’s difficult to get hold of certain situations and put pressure back on the opposition,” he explained.

“We have spoken about this individually. The batting area is something we still need to work quite a bit and continue to do so. The bowling group has a lot of skill sets and creating situation awareness and match-ups to improve the skill set we had. I think so far we have been very good in executing that and hopefully they will be able to do that even though it’s going to be tougher.”

“With the batting group, we still have to work with the guys to help them continue to bat with that freedom and start taking control of certain situations. Those situations we can’t predict. Those will arise like in the last game where we were three down or like the previous game where we had some hiccups and in those situations what needs to be done and have that tempo throughout the innings. Those are situations that we discussed so that the players are aware of those situations so that it won’t be a surprise if they are in that situation.”

The decision to bring Avishka Fernando down to number four took many by surprise and when asked on this, Jayawardene was not willing to spill the beans.  “To elaborate that on a media forum means we are putting out things that are detrimental to the player going forward. With Danushka Gunathilaka and Kusal Mendis out of this T20 group, we needed to create bit more power in the middle which we lacked and having top heavy power wouldn’t have pitted like when you are going into a competition. You need to have that spread of different players coming and doing those things and continuing the tempo. So to break that we need to do something with Avishka.”

“Yes there were certain issues with Avishka as well where at the top he was finding it difficult with certain bowling match-ups.  So we wanted to take away that element and give him a different role to play.  I also felt that he had the game to do it and obviously when you look at his stats against certain bowler types, we could see his strength.  That’s something we’ve analyzed to see whether he can play that role. So when I spoke to him he was very much keen to take that challenge and now we see him expressing himself well in that role. He understands his role but I do not want to go into too many details which means I am giving out certain information which the opposition might be able to utilize as well.”

Another masterstroke during the Ireland game was to send Wanindu Hasaranga at number five after Sri Lanka were three wickets down for just eight runs in the second over.

“In T20 cricket, its small phases that takes the game away from anyone. It can be four balls or five balls. Ireland game is an example. Those six balls that Wanindu played in the Power Play, sixth over against the off-spinner was the one that got us the tempo and put pressure back on Ireland. And we knew that match up was there and Wanindu has that option. They obviously made a mistake by bowling a spinner in the Power Play against him and he took advantage. So it’s that crucial in a T20 game for you to be able to control those situations and be ready for that match-up.”

Fast bowler Lahiru Kumara has been sensational with his extra pace and he was a last minute inclusion. Jayawardene’s request would have made the selectors to include him in the side. “I have always believed that bowlers win tournaments not the batsmen so having a bowling group that is capable of creating those opportunities is important. Sometimes bowlers will go for runs and a having that attacking option is required. I know it’s against qualifying nations still but even with main teams, especially against good batting line-ups the only way to control those batting line-ups is by being able to pickup wickets and having that attacking option so you need to have that fire power.”

“Lahiru has been bowling really well. Having spoken to Vaasy even before the tournament he was quite happy the way Lahiru had progressed. He has to work hard on his skill, especially the yorker. That was something that he was working quite a while with Vaasy. He was very confident in executing that.  Chameera has come a long way in the last 12 months. He is probably one of the top bowlers in world cricket at the moment with T20 and been able to adapt to different condition.

Today’s game in Sharjah against Netherlands is a dead rubber but with Sri Lanka set to play a few games in the second round in Sharjah, the game will be a good opportunity to adapt to conditions.

“We’ll change the template and the way we want to play in Sharjah. In the Super 12 group, we have three games in Sharjah, one in Dubai and one in Abu Dhabi so our template and strategy will change according to the surface and how we want to go about. Before I leave, I’ll put all structures in place and give them a better idea because I was involved in a few games in Sharjah two weeks back in the IPL and we saw how in the playoffs the surfaces were playing.”

(Source: The Island – By Rex Clementine in Sharjah)