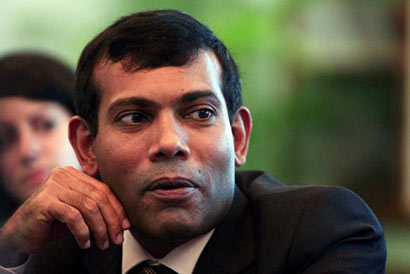 Former Maldives President Mohamed Nasheed has been arrested, to face charges of abuse of power during his tenure, after he failed to appear for a hearing and evaded two arrest warrants, Police spokesman Hassan Hanif said.

The spokesman added, Mr. Nasheed was arrested on Tuesday at his home in Male, and will be produced in court on Wednesday.

Mr. Nasheed was the first democratically elected President of this Indian Ocean archipelago. He is charged with illegally ordering the arrest of a senior judge, a move that led to his fall from power last year. He claims charges against him are politically motivated. He avoided two arrest warrants last month by taking refuge at the Indian Embassy for 10 days. (Courtesy the Hindu)