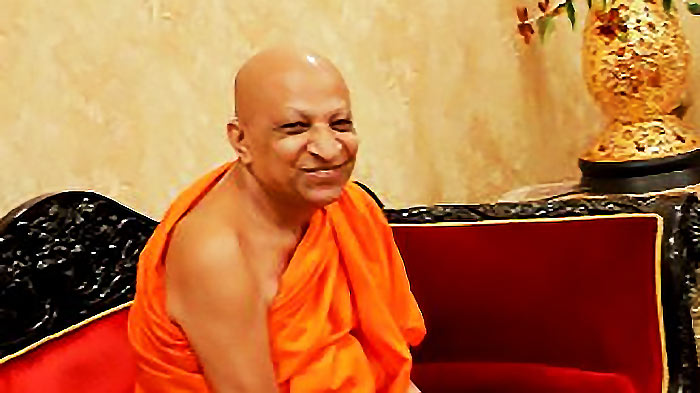 Mahanayaka Thera of the Malwatta Chapter, Most Ven. Thibbatuwawe Sri Sumangala Thera has decided not to allow any politician to visit him.

The decision has been taken by the Mahanayaka  Thero as no responsible persons have still responded to the proposals by the Chief Incumbents of the three Buddhist Chapters, on resolving the current issues of the country.

The Mahanayake Theras of the three chapters recently submitted a letter to the President, the Prime Minister and the political party leaders, which contained six proposals including the formation of a temporary interim government to save the country from the crisis with the full consent of the monks.

It was reported that when the Leader of the Opposition Sajith Premadasa visited Kandy recently to present the document containing the proposals submitted by the Samagi Jana Balawegaya for the 21st Amendment to the Constitution to the Chief Prelates, he was not allowed to visit the Mahanayaka Thera.

He had only called on the Chief Prelate of Asgiriya and presented the document.

Also, a group of SLPP MPs who visited the Mahanayaka Thera on April 29 was also not allowed to meet him.

1 Response to Malwathu Mahanayaka decides not to meet any politicians