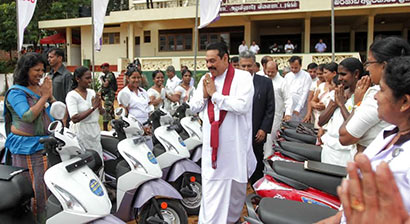 President Mahinda Rajapaksa who attended several programmes in Matale District yesterday (12 August), distributed over 1000 motorcycles among field officers attached to the state services. They had all the reason to smile as this is another step taking forward the program of providing motorcycles to state officers promised by the government.

The objective behind the distribution of motorcycles is to make the field officers of the state service more active and provide efficient service. Motorcycles allow government officers to reach people in their regions who otherwise might not have access to many services and face difficulties.

The distribution of motorcycles took place at the Bernard Aluvihara Sports Grounds. President Rajapaksa presented the motorcycles during a ceremony and said more motor bikes will be distributed to Field Officers in the region as well as all places in the country to promote the government service especially among the youth who can provide a quality service to the people.

Here, the President is greeted on arrival by smiling officers who were recipients of motorcycles. 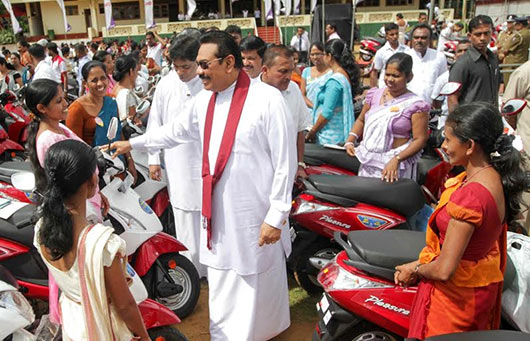 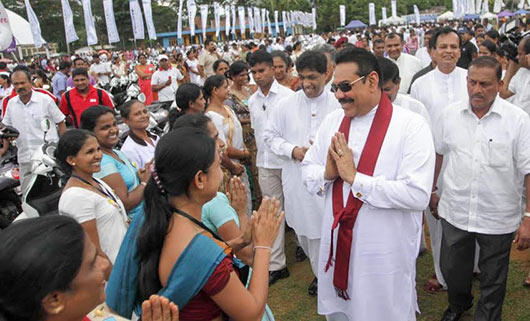