MCC to be launched in Sri Lanka soon – US 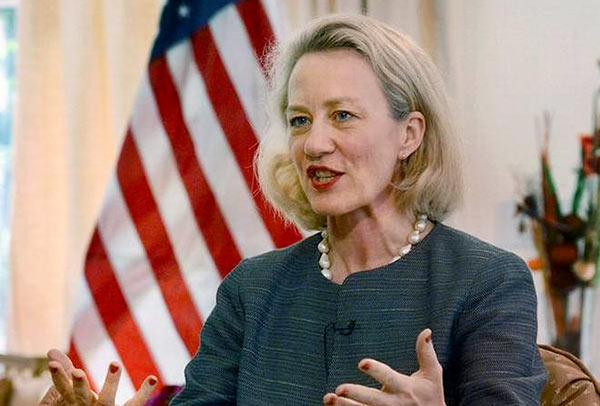 Principal Deputy Assistant Secretary of State for South and Central Asia at the US Department of State, Ambassador Alice Wells last week said that the US had ‘another MCC that we’re launching soon in Sri Lanka.’

In an interview with a Senior Associate for South Asia in Washington at the Wilson Center, Wells said that: “We have another MCC that we’re launching soon in Sri Lanka that will undertake the same kind of nitty-gritty reforms in land registration and motorway harmonization that will, we determine, you help unlock economic development.”

Criticizing China for constructing the Hambantota port she said the US shared India’s concerns over projects that did not have an economic basis and led to countries ceding sovereignty.

She added that Sri Lanka’s not the only country that has ceded, effectively ceded sovereignty over a key asset. There has been reports out of Tajikistan overland swaps in order to get out of excessive debt. And this is a real issue.

“We also see in Sri Lanka a number of Chinese-financed projects sitting vacant and unused, including a $104 million telecommunications tower and a $209 million international airport in the south with zero regularly-scheduled flights. Indeed, the Center for Global Development found in 2018 that eight OBOR recipient countries including Pakistan, Maldives, Tajikistan and Kyrgyzstan, were at high risk of debt stress due to Chinese financing. In one instance because of the threat of drowning in unpayable debt, Burmese officials massively downscaled a deep-water port project in Rakhine State by over 80 percent — from $7.3 billion to $1.3 billion. Alarmed by problematic Chinese practices elsewhere, Burmese leaders reversed course from a prior administration’s decision.”

Home » MCC to be launched in Sri Lanka soon – US