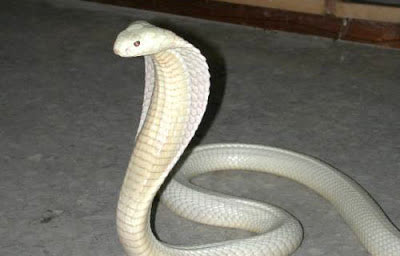 The albino cobra, which was reported missing from Dehiwela Zoo last Monday was found while it was left near the Zoo this morning, police said.

Police said it was left in a pillow case and was in good health.

The cobra is to be produced in the Mount Lavinia Magistrate Court and would be handed over to the Zoo.

Investigations are under way to arrest the suspects, police said.