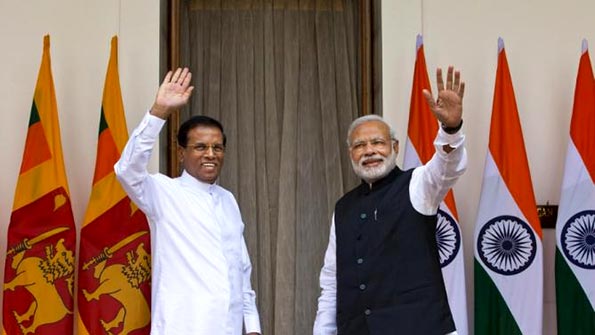 Mr. Modi is likely to go to Jaffna in the Tamil-majority Northern Province, Trincomalee in the Eastern Province — where India is partnering Sri Lanka to build a 500-MW capacity coal-fired power plant — and the ancient town of Anuradhapura, considered a centre of Buddhism, in the country’s North Central Province, it is reliably learnt from official sources in New Delhi.

Addressing media persons on Thursday, Health Minister Senaratne said Mr. Modi was aware of the problems caused by Indian trawling and said fishermen from both sides should resume talks soon. “He gave a patient hearing to my presentation on the impact Indian trawlers had on northern Sri Lankan fishermen,” said Mr. Senaratne, who held the Fisheries portfolio when he was part of the former President, Mahinda Rajapaksa’s Cabinet. The Fisheries Ministries of both countries were in the process of scheduling the next round of talks, he said.

The Minister, who accompanied President Maithripala Sirisena to New Delhi recently, said that in addition to the civil nuclear agreement signed by the two countries, New Delhi and Colombo discussed possible Indian investment in different areas, including health.