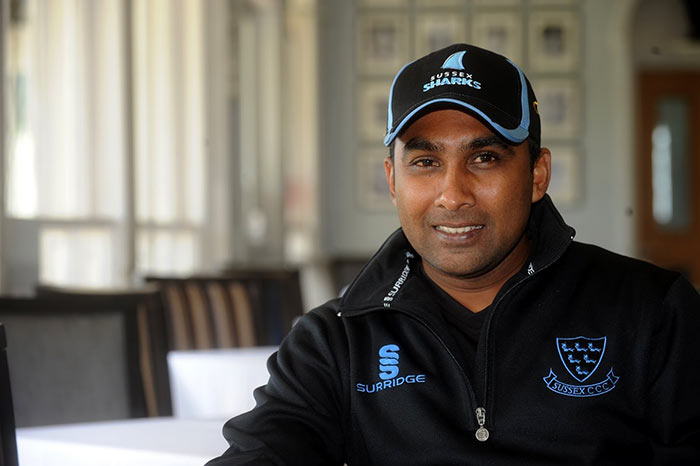 Lauding him for his contribution to not just his country but world cricket, Muralitharan wrote in an open letter that Jayawardena is one of the most important players in Sri Lankan cricket history.

“You played so many wonderful innings and were always happy to be in the team, getting a lot of runs. There was less pressure on me to take wickets because once you put on all those runs, my job became easy. That is why you are one of the most important players in Sri Lankan cricket history,” Muralitharan said.

“More than that though, you are a great human being and a very soft, kind guy away from cricket. In sport, everyone sees that champions are always very competitive. On the field, you had this ability to switch on, you were a great person to be around and play with.

The 44-year-old Jayawardena retired as one of Sri Lanka’s greatest ever players, a key member of the team that won the T20 World Cup in 2014 and reached four other major ICC finals.

The former Sri Lankan captain was inducted into the Hall of Fame on Saturday ahead of the ICC Men’s T20 World Cup final alongside former South Africa all-rounder Shaun Pollock and ex England batter Janette Brittin.

He is the third Sri Lankan player to be inducted into the Hall of Fame after another batting great and former skipper Kumar Sangakkara and Muralitharan himself.

“It isn’t just for one individual moment that you are being inducted into the Hall of Fame, it’s a reward for the toil over the years and everything you contributed for Sri Lanka,” Muralitharan wrote.

“Those are all taken into consideration when choosing who is inducted and the ICC thinks it is right that you are the next Sri Lankan to be chosen, to join Kumar Sangakkara and me in the Hall of Fame.

“You have been selected because as a captain you were very successful, you consistently delivered as a batter and then as a fielder, you took a lot of catches – more than anyone else. You have done everyone in Sri Lanka proud.”